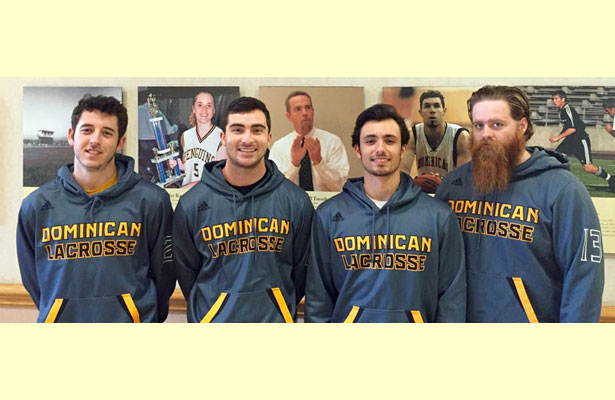 Foothill High School alum Alex Keuilian will be a captain for  Dominican University of California (San Rafael) this season. Keuilian and co-captains Cody Bernstein, Michael Manfredi and Max Kaehler were unanimously selected by team vote. The Penguins hope to win their first West Coast Lacrosse League and a trip to the MCLA Division 1 tournament this season.

The Penguins played in NCAA Division 2 during Keuilian’s freshman and sophomore seasons. Dominican won the WILA conference championship team both of those seasons.  Keuilian recovered 12 groundballs as a shutdown defender for the Penguins in 2016. While at Foothill, he was an Adrenaline All-American and the 2012 recipient of the Tyler Lucas Memorial Scholarship. The award embodies the ideals of service, sportsmanship, academia, and love of the sport.