Alex Clayton is the Athletes Choice Workhorse of the Week 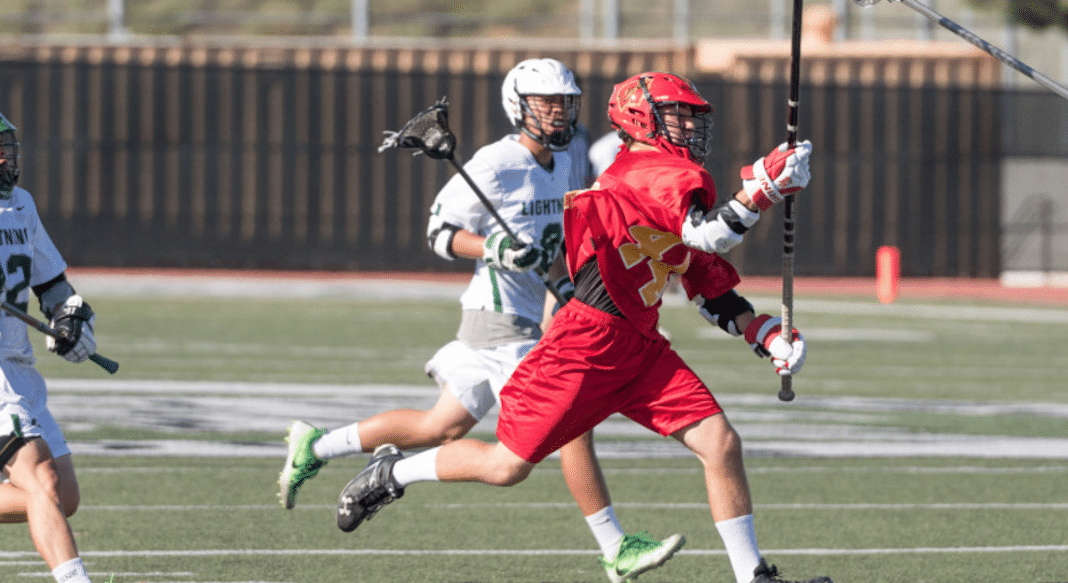 Although he is just a second year player, Clayton is rapidly moving up the ranks by displaying leadership, toughness, willingness to learn, and overall skill development. Following a promising freshman year for the Warriors, Clayton has been honing his skills in the off season by playing for Irvine United, and the hard work is paying off.

Woodbridge and Irvine United head coach Perry Craz notes that Clayton’s improved stick skills and knowledge on the offensive side of the ball will help him tremendously in the spring.

Despite being one of the youngest players on the varsity team, Clayton is not intimidated by the older, more experienced players. He is consistently one of the most physical defenders on the court or field.

“Alex has just been a great kid to be around and makes everybody that’s around him better,” Craz said. “His grit and willingness to make plays is really fun to watch. He flat out plays as hard as he can, all the time.”