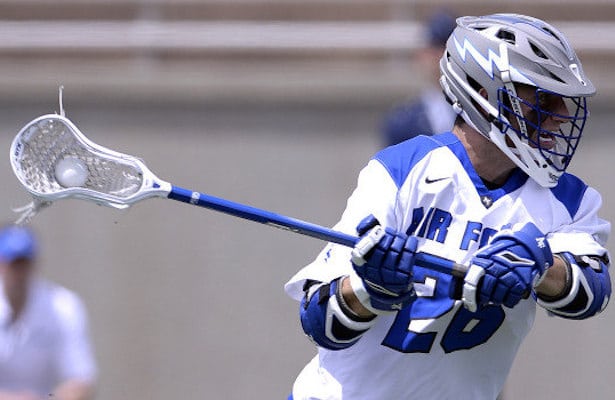 Air Force extended their win streak to six games over the weekend by beating High Point 13-4. Air Force took control early and continued to dominate the game in the first half leading 6-0 at half time.  High Point was able to get on the board in the beginning of the second half with a goal from Dan Lomas.  They rallied for three unanswered goals in the last eight minutes of the third period to make it interesting at 8-4 but Air Force took control of the fourth period to shut High Point out and run away with a 13-4 win.  Air Force held High Point to their lowest output of the season with only four goals.  Air Force is now 2-0 in SoCon play.    The twentieth ranked Falcons next travel to number 11 ranked Duke Tuesday night.