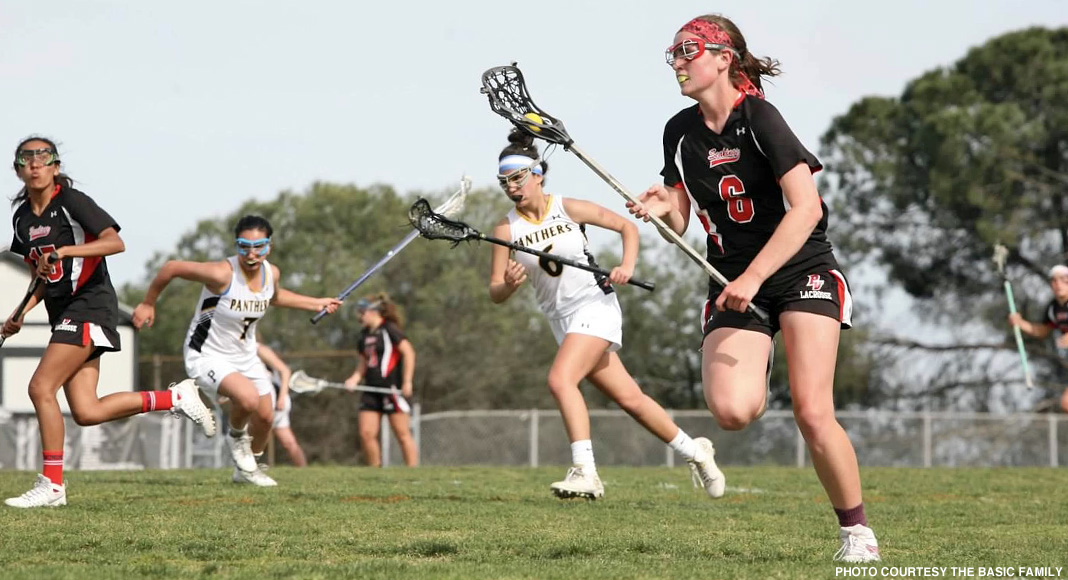 Basic is coming off a junior season in which she was named second-team All-Area and earned All-Bay League honors for the second time, in addition to her U.S. Lacrosse Academic All-American honor. She also was a member of the Los Angeles team that played in the U.S. Lacrosse WDNT tournament last summer.

Ainsley Basic answered a few questions about her college commitment by email:

What made Emerson the right choice for you?

“Emerson is the right choice for me because it offers the best communication programs, all while having a lacrosse team. For me, academics were a huge part of the recruiting process and where I wanted to go to school. I additionally found all of the other things I was looking for in a school. I knew I wanted to go to school in a city and have the chance to get work experience while in college, and Emerson offers all of those opportunities for me.

“When I was visiting Emerson, I also felt a more welcoming atmosphere with the girls than I had at any other school, as they were not afraid to make me feel like I was part of their team.

“I love the fact that Emerson is a Division III program, because I will be able to balance my academic goals all while playing the sport I love.”

What other schools did you consider?

“I spoke to several other schools in the same conference as Emerson, like Wellesley and Smith. A lot of the schools that I talked to had great programs, however, none of them offered the specific academics that I wanted from a school.”

Who (or what) played the most significant role in you achieving this goal?

“My family has really had the most significant role in me getting to the point that I am at. My dad in particular has always been there for me, no matter what sport I was playing, and encourages me to keep progressing as a player.

“All of my coaches have played a huge role in making me the player I am. When I made it on varsity, I joined the team right before the season. Coming from soccer, I didn’t really know where I would fit on the team. Marissa Hewitt helped me find my spot on defense. Maddy Morrissey and Meghan Toomey also helped shape me as a player and offered me unique experiences to play lacrosse on the East Coast through Fire Lacrosse and WDNT. My teammates are my best friends, and they always push me to be the better version of myself on and off the field. I would not be at the point I am without them.”