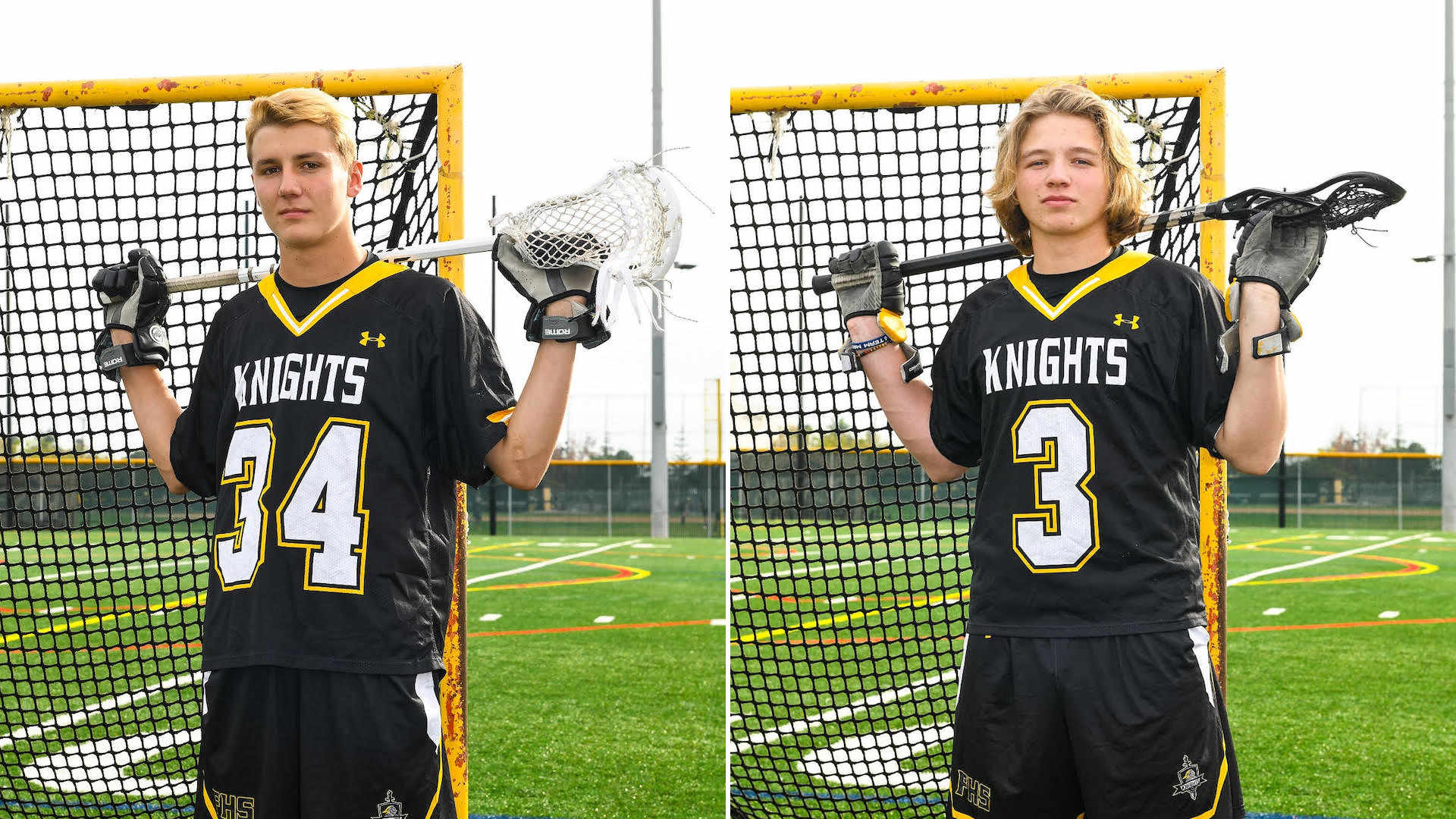 “Between these two players we have a great balance of knowledge of the game, passion for the program, and empathy for their teammates,” said Coach Jon Fox. They have earned the respect and vote from their teammates from leading by example and embracing the grind.

I’m confident that they will help lead this team in the right direction we are aiming not just this year, but help continue to build and place their mark the knights culture for years to come. They both do a really great job of involving all the teams leaders in the decisions and have a good pulse on the core of the guys”

Ahern, a three-year varsity midfielder, has been playing lacrosse for seven years and is a dependable component in Foothill’s offense. He consistently finds open teammates, or the back of the goal, with a keen sense of the game and knowledge of his opponents.

Ahern has been described as an incredibly hard worker, who can play both sides of the ball. Last year he lead the middie-line in productivity and has played for West Coast Starz and So Cal Express in the off season. Ahern is a proven leader both on and off the field in his involvement in National League of Young Men, and looking forward to this upcoming season.