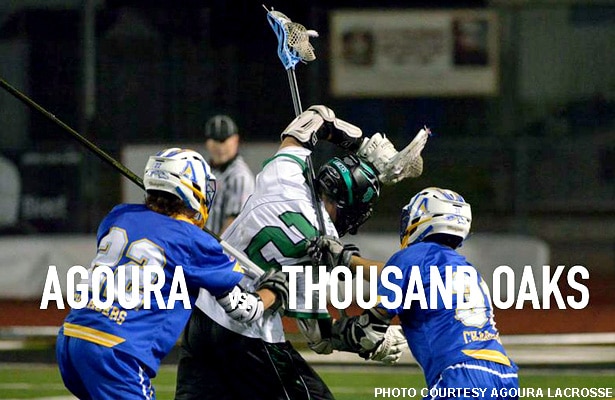 The No. 5 Agoura Chargers picked a good time to rediscover their offense. Wednesday, Agoura erupted for 13 goals, their most against a playoff contender since scoring 11 in a loss to Westlake, in beating No. 7 Thousand Oaks 13-7.

The win avenged an earlier 5-3 loss to the Lancers (6-7, 4-3), a game that exemplified Agoura’s erratic offensive output. Defensively, Agoura has been solid all season, allowing double-digit goals only three times (all losses). Offensively, though, the Chargers (8-5, 4-3) have been up and down. They have scored 15, 12 and 11 against good teams this season, but they also have been held to 3, 5 (twice) and 7 (twice).

The Chargers have key league games remaining at Newbury Park on Monday and at home against Oaks Christian on Wednesday. Victories in both of those would leave Agoura well positioned for postseason seeding.