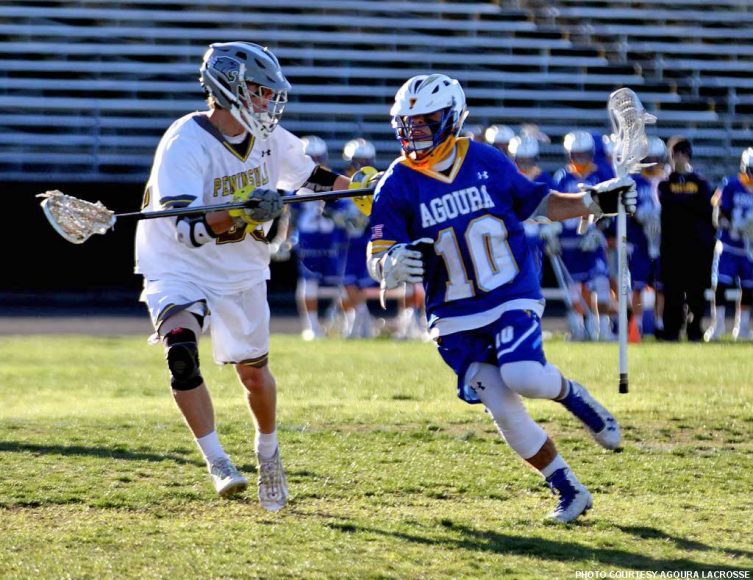 Onondaga has won the National Junior College Athletic Association championship nine times, including seven in a row until that streak was broken in the national title game last spring by Genesee in overtime. Thirteen players off of last year’s Lazers squad, which finished 13-2, are moving on to play at NCAA D-I, II or III schools.

“While going through the recruiting process, my family and I seriously considered a [post-graduate] year,” Shargel said via email. “Coach [Sean] Lindsay thought that OCC would be a good fit, and he knows some people there, from his time at Syracuse.”

“We went for a visit last week,” Shargel said. “I loved the campus and what it had to offer, and I look forward to playing for Coach Wilbur.”

Listed at 5-foot-7, 170 pounds on last year’s roster, Shargel had a breakout season for the Chargers, scoring 63 goals in 17 games and being named U.S. Lacrosse All-American and first-team All-Marmonte League. That followed a sophomore season in which he scored 22 goals in 16 games.

“Sean and I have seen Marty’s game evolve significantly since middle school,” Agoura assistant Jack Zorzi said. “He’s a guy who constantly works on his shot outside of practice. As as a result of that hard work, his shooting accuracy has improved each season. The development of his dodging and shot on the run allowed us to run him at midfield and on attack over the past year.”

While the improvement in Shargel’s game can be attributed to hard work, his on-field production has to be attributed at least in part to a fearless determination. Not the biggest player, Shargel has earned a reputation for toughness, relentlessly attacking the opposing goal either with the ball or without.

“Marty moves extremely well off-ball,” Zorzi said. “He is very opportunistic, putting himself in scoring positions without the ball. These parts of his game will suit him very well at the next level.”

Shargel said he considered Dominican College in San Rafael, Calif., which plays MCLA club ball, but ultimately decided to chase bigger things. “I have always dreamed of playing Division I lacrosse,” he said, “and I think playing at OCC will be a great way to get there.”

“Marty is really young for his class,” Lindsay said. “Playing at high level and around other players who have the same goals as Marty will take his game to new heights. OCC’s focus on a academics and the way they work with student athletes to prepare them for the next level in college is second-to-none, and I’m excited to see where this journey will take him.”