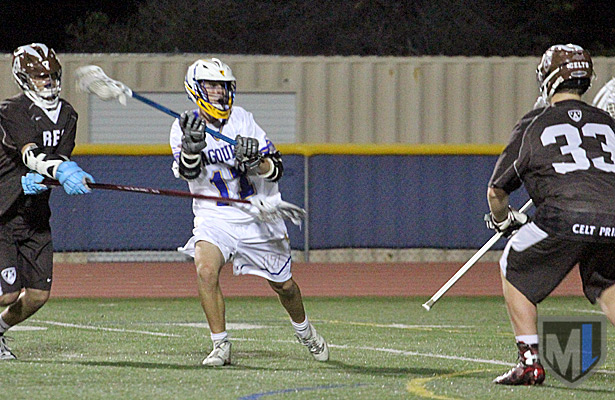 The Chargers (1-0) led 5-1 at halftime behind three man-up goals in the second quarter, then scored four times in the third quarter — three by Galer — to blow the game open.

Crespi struggled to generate offense in the face of Agoura long-pole defenders Taylor Dankenbring, Keagan Gauthier, Joe Glassman and LSM Cooper Isaacs. The Celts managed only 15 shots, and Agoura goalie Jason Pawlak turned away 12 of them. Crespi senior Jack Doyle scored the Celts’ only goal, but it came on his only shot, thanks to the Agoura defense.

Agoura, on the other hand, had a decided possession advantage, winning 14 of 20 faceoffs and collecting 19 ground balls — six by Isaacs — to Crespi’s 14. The result was a whopping 37 shots by the Chargers.

Crespi senior goalie Noah Davila stood tall in the face of that onslaught, making 16 saves and leaving his crease to collect five of the Celts’ 14 ground balls. Both numbers are a result of how much time the Chargers spent on offense.