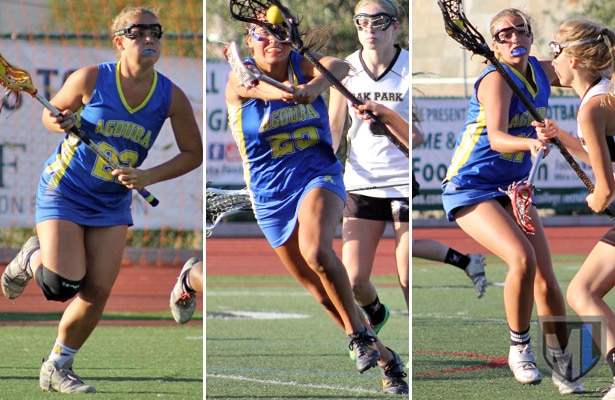 Before last season, the Agoura girls lacrosse team had lost a total of 10 games in four seasons, including back-to-back 18-1 records in 2013 and 2014 and two US Lacrosse Southern Section North titles. So last season’s dip to 9-8 — the worst record in the program’s five-year history — raised a few eyebrows.

But as Coach Steve Omlor explains, there was a very good reason for the slip, not that the Chargers were happy about it. In our Agoura girls lacrosse preview, Omlor is pretty clear about the team’s expectations heading into 2016.

“We are coming off of a bit of a rebuilding year. We graduated 10 seniors in 2014, so our 2015 season started with four returning starters. We lost our top middie, Nos. 2 and 3 scorers, senior defenders and goalie. This year, we are returning just about everyone, and some girls have made some big strides in their development. I think this year is an opportunity for Agoura to wash away the 2015 season.”

“We expect to get back to the LA Chapter title game again this year. I think it will be a tough road, but anything less would mean we did not play to our potential.”
— Coach Steve Omlor