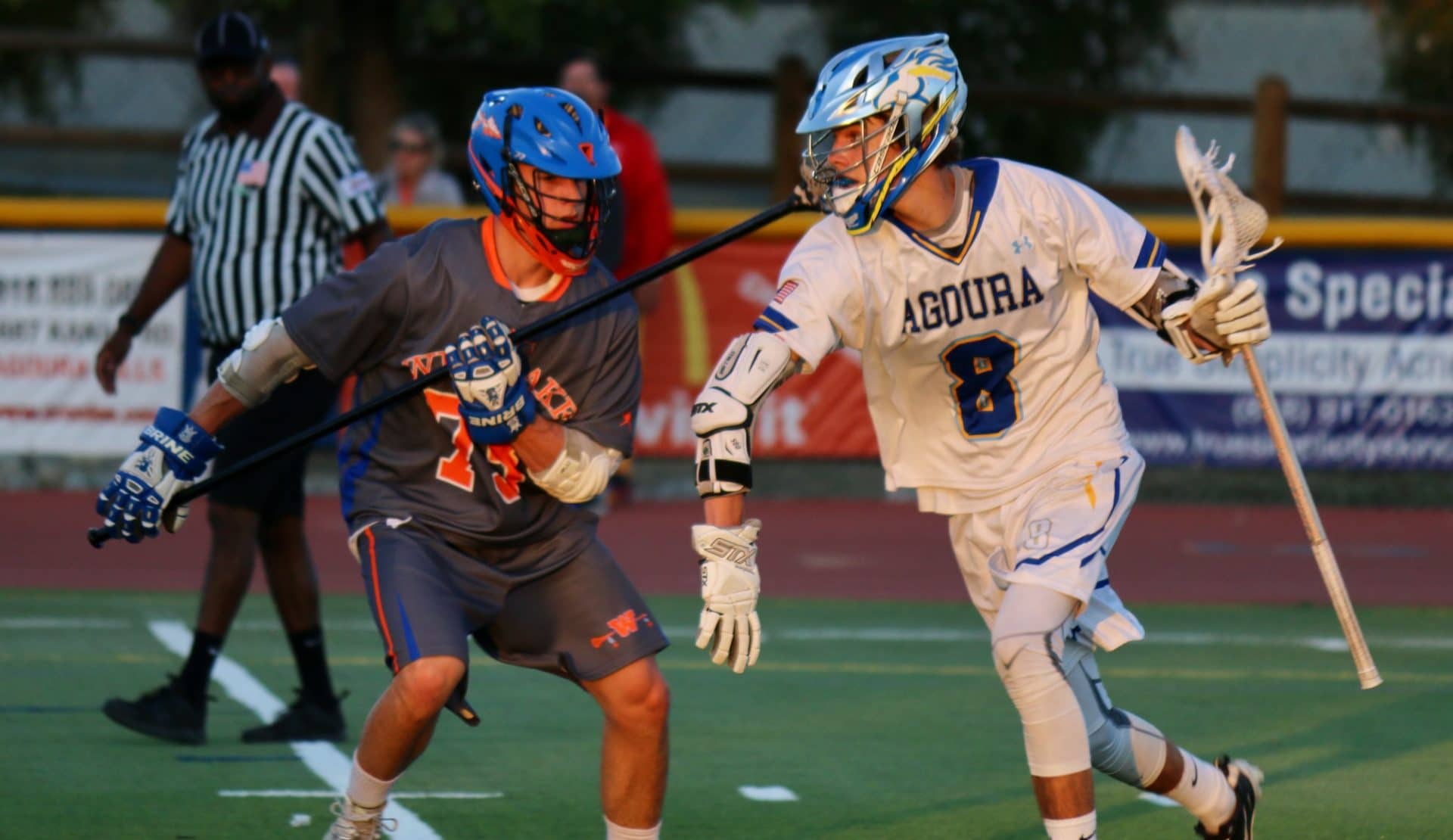 No. 6 Agoura inched closer to its first Marmonte League title Wednesday, holding No. 7 Westlake in check and posting a significant 12-7 victory.

With only two games left in the regular season and the teams tied for first place in the standings, the Agoura Chargers and Westlake Warriors locked horns in this Marmonte heavyweight bout. Having already defeated the Warriors 10-9 in their first meeting back on March 23, coach Sean Lindsay and the Chargers felt confident in their game plan and executed it well down the stretch.

“We knew that (Westlake) had a very explosive offense, so we really wanted to limit the touches of their four best guys [Duke Cohen, Seamus O’Brien, Nick Reilly, Tyler Enderle],” Lindsay said. “But we just knew that we had to be in the hole, play good solid defense, get ready to double team and then offensively, we just needed to maintain possessions and bury our shots when we could.”

While Agoura did manage to seize control in the second half, the first half featured a much tighter contest as the two sides steadily traded goals. Midfielder Kai Rasmussen scored both his goals in the first quarter to help the Chargers to a 3-1 lead, but the Warriors swiftly answered back with goals from Cohen (3g) and Enderle (1g) to even the game.

Agoura maintained a slim 4-3 lead heading into the second period, but Westlake held the Chargers scoreless for more than half the quarter and eventually edged in front 5-4. However, that would be the Warriors’ final lead of the game, as Agoura went on a five-goal run that carried into the third quarter and gave the Chargers a commanding 9-5 lead.

The Chargers’ rally was ignited by a laser goal from Gage Garrison (2g, 2a) and capped off with two goals from sophomore attackman Douglas McCarthy, who finished with four goals and one assist.

Westlake finally ended Agoura’s run on Cohen’s second goal off a nifty assist from Reilly. But the Chargers quickly countered when goalie Zach Tripp (8 saves) raced the length of the field after a save and dished it to an open Garrison, who scored to give Agoura a 10-6 advantage.

From that point on, it was clear Agoura was in the driver’s seat. The Chargers tacked on a couple more goals and cruised to their most important win of the season. Even though Westlake won 16 out of 20 face-offs, the Chargers’ disciplined defense was able to limit Westlake’s scoring and regain possession.

Westlake, which averages more than 16 goals per game this season, has been held to single digits only twice — both in losses to Agoura.

It was the fifth consecutive win for Agoura, which is now 13-5 overall and 8-1 in league. Westlake falls to 13-4 overall and 7-2 in league. The Chargers will be crowned outright Marmonte League champs if they defeat Calabasas in their regular-season finale on Friday or if Westlake loses to Oaks Christian on Friday.

For now, Lindsay relishes the progress his team has made throughout the season and is optimistic they can take care of business Friday and beyond.

“I’m really excited for the guys,” he said. “It feels good for the kids to set a goal for themselves and put in the time and work between August and now, and tonight we were in position to take steps in the right direction. I told the kids before the game, ‘You guys already did the hard work. Playing the game is fun part so let’s just go out there and do it.’ ”