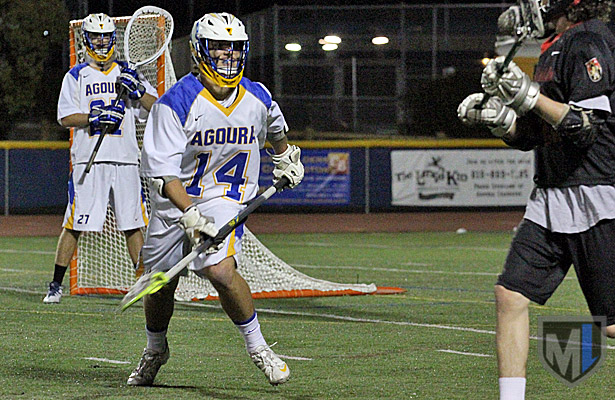 Senior defender Keagan Gauthier of Agoura recently announced his commitment to play lacrosse at Maryville University in St. Louis, Missouri. Maryville will be adding lacrosse as an NCAA Division II sport in the 2016-17 school year.

“I have the unique opportunity to be part of a school’s inaugural recruiting class and contribute to building a successful lacrosse program,” Gauthier said. “The idea of competing for a starting spot as a freshman is also very appealing. Academically, I felt that Maryville’s physical therapy program would be a great major for me to pursue.”

Gauthier has been a starting defender at Agoura since his sophomore season. As a junior last season, he teamed with senior Jonah Swigart, now playing at Syracuse, and fellow junior Joe Glassman, to form a back line that allowed only 7.0 goals per game. Playing for LA Mavericks Elite, Gauthier was named to the all-star team at last January’s Adrenaline Challenge.