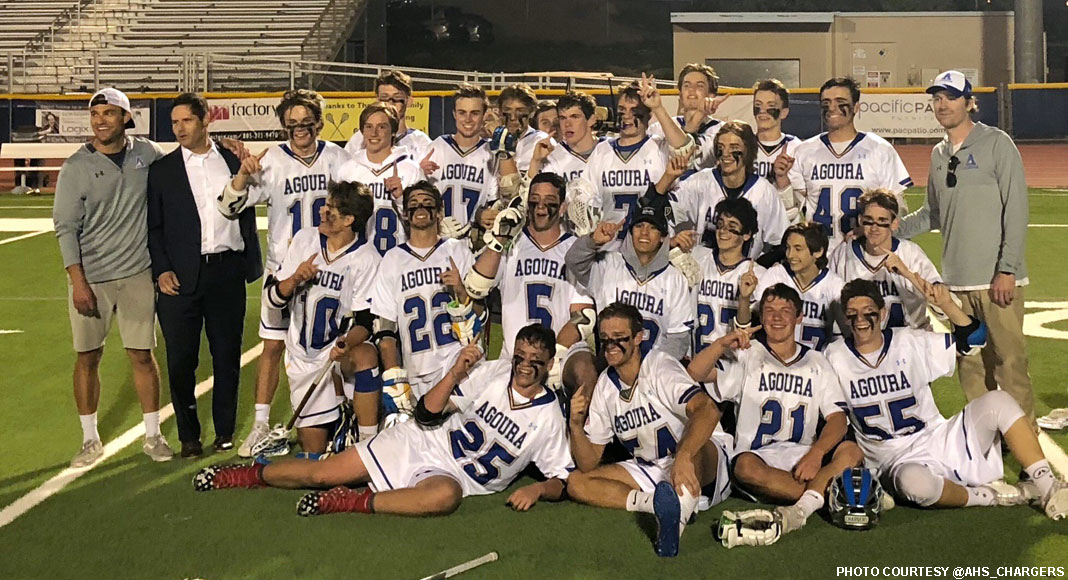 Seventh-ranked Agoura defeated host Calabasas 15-7 on Friday to claim the program’s first Marmonte League championship. The Chargers finished 9-1 in league play, with the only loss a three-overtime thriller at Oaks Christian.

“Winning the Marmonte League was something that we have never done as a program,” coach Sean Lindsay said, “and knowing this would be our last year playing in the league, our No. 1 objective was to win it.”

Lindsay said a league realignment will take the Chargers out of the Marmonte League next season. Following an 8-7 loss at Oak Park on April 3, Agoura won six consecutive league games to close out the regular season.

“After our loss to OP, the boys knew they had to run the table to win the Marmonte League,” Lindsay said. “Playing with and handling that pressure was big for us. The boys played with a sense of urgency, prepared For each opponent and executed the game plan on the field. I couldn’t be more proud of my guys. They wanted to win this league title not only for themselves but for every player that has come through the program before them.”

The two big hurdles for the Chargers during the stretch run were Westlake and Oaks Christian, although a healthy Thousand Oaks squad presented a challenge, as well. Agoura beat Oaks Christian 8-4 on April 18, Thousand Oaks 12-6 on April 20 and Westlake 12-7 on Wednesday. The win over Calabasas on Friday sealed the deal.

Now the Chargers can look ahead to Sunday’s playoff announcement and Tuesday’s opener.

“I’m hoping [that] playing with our backs against the wall the past few weeks will help us going into the playoffs,” Lindsay said, “which is a new season where anything can happen. We need to refocus and get ready to play a very good team on Tuesday, whoever that is.”