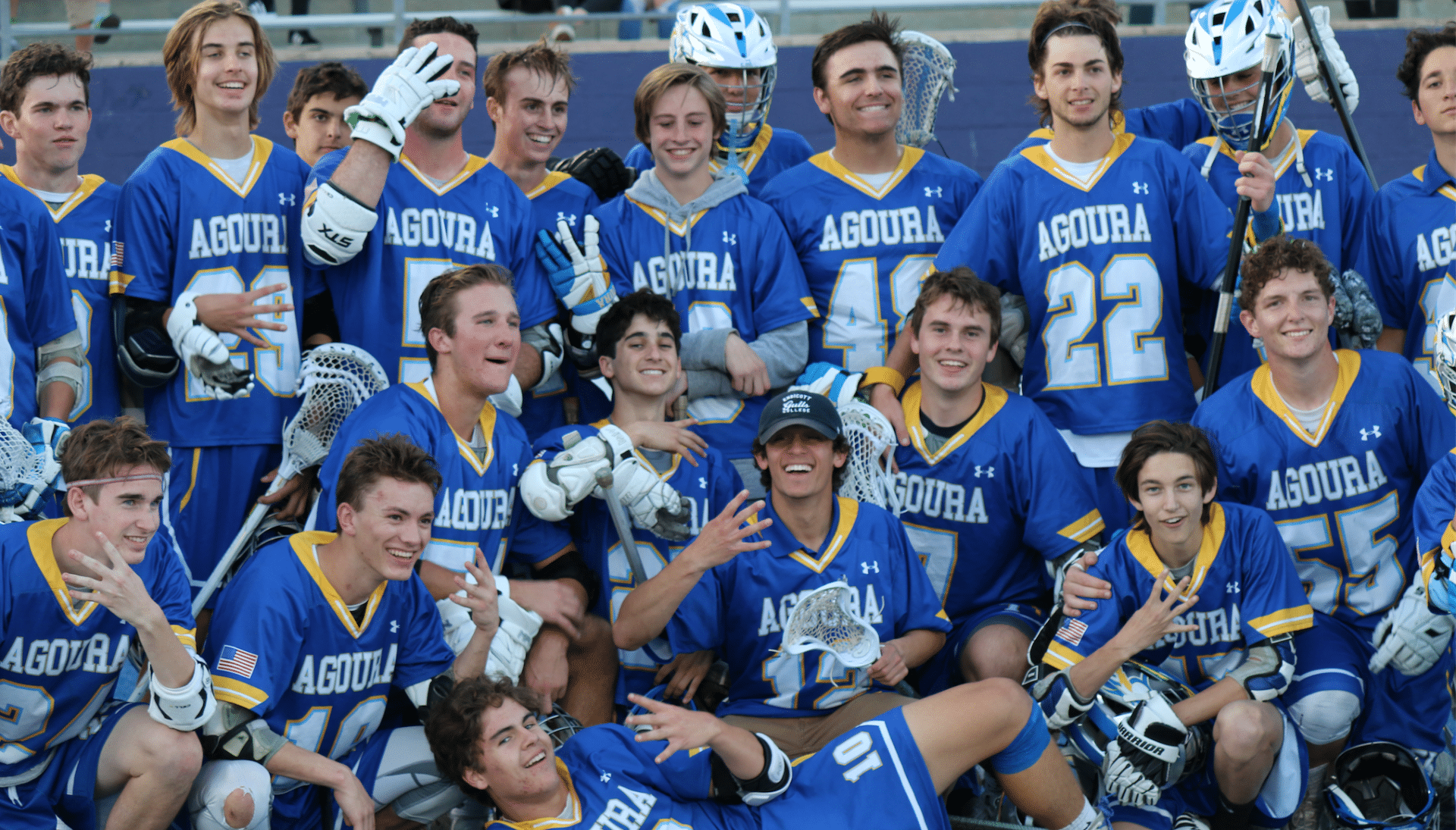 Agoura’s magical playoff run lives on as George Galer‘s game-winner in double overtime capped off a furious fourth-quarter comeback to defeat Chaminade 6-5 during the US Lacrosse LA Boys Championship quarterfinals on Thursday.

“I’m just so proud of my team, honestly,” said Agoura coach Sean Lindsay. “Being down 5-2 going into the fourth quarter against a great team like Chaminade, that’s a tough situation to put yourself in, especially when they run zone like they did. But I’m just proud of my team scrapping and fighting.”

The Chargers advance to the semifinals for the second season in a row. Last year, they lost to Palos Verdes; this year, they will face No. 1 seed Loyola, the two-time defending LA and section champion, at Culver City HS on Saturday (7 p.m.). Loyola beat No. 8 Westlake 18-3 to advance.

Despite the low score, this second-round defensive duel between No. 4 Chaminade and No. 5 Agoura ran the gamut of everything a highly competitive playoff game like this could offer.

Interestingly enough, this contest played out much the way the teams’ first meeting did back in late February. In that game, Agoura erased a five-goal deficit to draw the within one, but Chaminade held on for an 8-7 victory.

The early going of Thursday’s game saw a steady power struggle between the two sides. Less than a minute into the context, Agoura’s Ben Tene scored to give the Chargers the lead, but Chaminade answered back five seconds later with a goal from midfielder Trevor Roberts.

The Eagles took a 2-1 lead midway through the second period after a well-timed pass from Nico Rabushka set up Maxwell Kim. With 26 seconds left in the half, Agoura attackman Douglas McCarthy buried a shot to level the score 2-2 going into the break.

Aside from netting two goals apiece, both offenses were struggling to penetrate the opposition’s disciplined defense and were forced to solely move the ball around the perimeter on most possessions. The second half, however, featured a much different and more dramatic story.

Chaminade owned the third quarter from start to finish, jumping out to a 5-2 lead on goals from Rabushka, Owen Larson and Kim. It seemed the Eagles had found the cracks Agoura’s defense and were on their way to comfortably closing out the game in the final period.

But Agoura showed its resiliency and heart, putting together a three-goal rally to even the game and force overtime. Agoura’s fourth-quarter comeback was sparked by a Gage Garrison goal, with Tyler Whitney and McCarthy following suit.

“I think what started happening was that we were pressing a lot out in transition, and we started getting our attacks in,” Lindsay said of the game’s shift in momentum. “I think we also just started burying our shots from the outside. We didn’t take too many shots, but the ones we did, we started sticking them, and I think that was the difference.”

In the first overtime, neither Agoura or Chaminade gave an inch as the two teams battled for their playoff lives. However, the Chargers sealed the deal in double overtime when Cooper Isaacs squeezed a quick dish to Galer, who swerved around a couple of Chaminade defenders to fire a shot into the net.

The victory was the eighth in a row for the Marmonte League champions, who now face their toughest test of the season. The Loyola Cubs have not lost to an LA team since the middle of last season. These two programs haven’t faced each other in recent seasons — their last meeting was in 2013 — but Lindsay is well aware of what his squad is up against Saturday.

“Loyola is the standard right now as far as LA teams. They’re back-to-back champions,” Lindsay said. “We’re going to have to play our best, but we’re going to go into that game confident, and were going to give it all we got.”