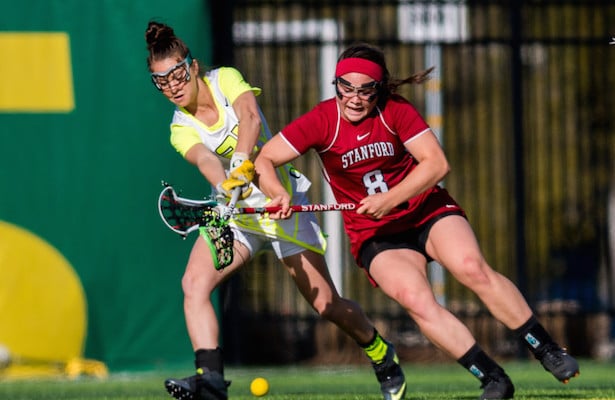 Shhh! Don’t tell anyone but former Santa Margarita Catholic High School star Adrienne Anderson is one of the top players for Stanford University. The junior defender was identified as Stanford’s Best Kept Secret in Lacrosse Magazine’s Pre-Season Preview of the No. 19 Cardinal. In Anderson’s first year in the starting lineup last season, she caused 16 turnovers, second best on the team, and garnered All-MPSF first-team honors. Now she is one of two returning defensive starters and gives the Cardinal speed on that side of the field. “She’ll develop more of a leadership role,” head coach Amy Bokker said. “She has a great work ethic and great footwork.”

Congratulations Adrienne and thanks for being a pioneer for the girls of the OC!