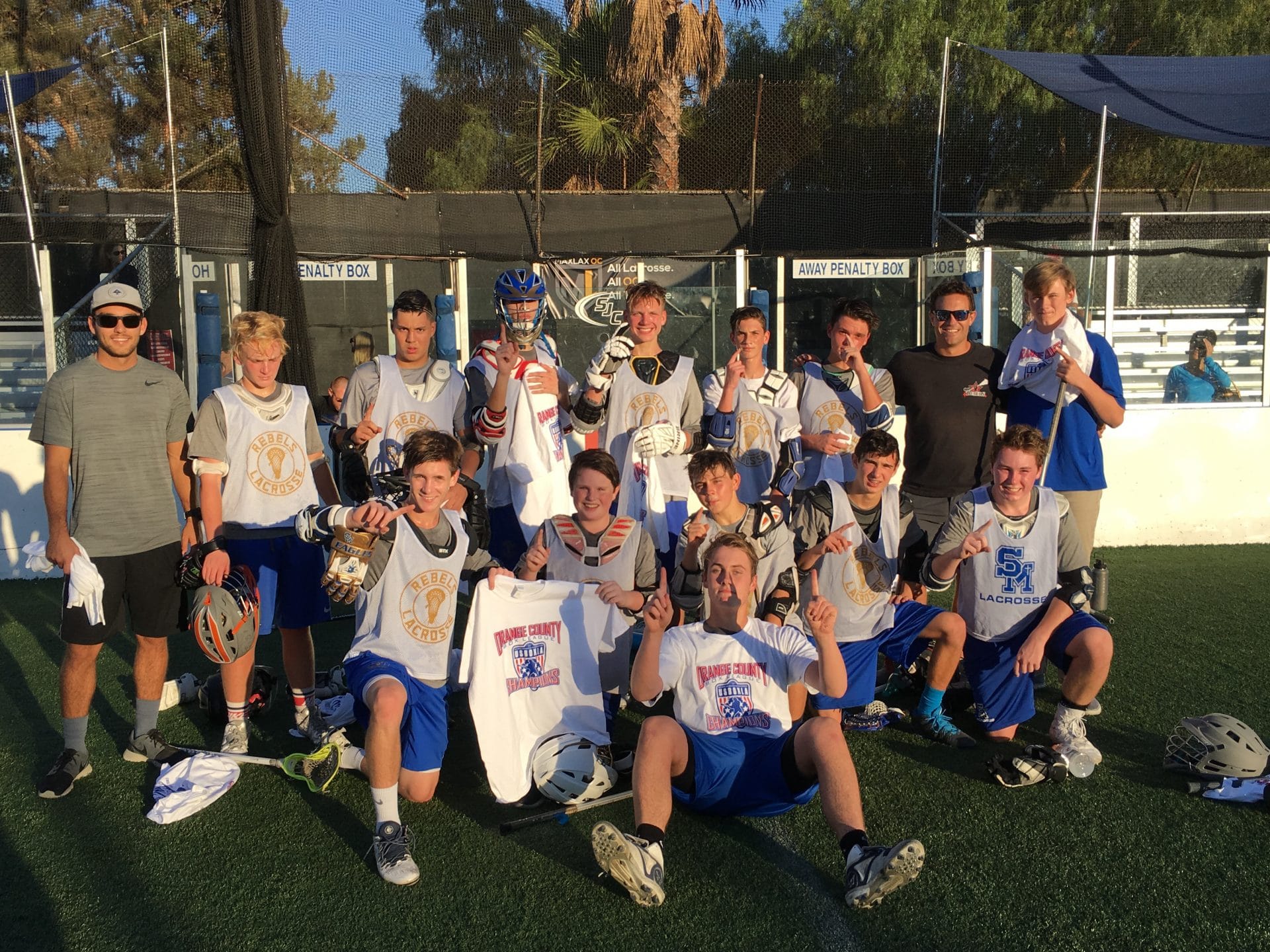 The RSM Rebels Blue put the icing on a perfect season by defeating Kings LC White 8-6 yesterday to earn the Orange County Box Lacrosse League High School division championship. Rebels high school were led by sophomores Aaron Sharpley and Ryan Olsker. Olsker who was a wall for the Rebels all season continued his strong play in goal throughout the playoffs.

After running the table in the regular season with a 5-0 record, the Rebels won two close playoff games to reach the championship game at the Victory Athletic Center. The Rebels bested the Irvine Rangers 8-4 in the quarterfinals and then edged Beach Cities 6-4 in the semi-finals. Kings LC White defeated RSM Rebels White and Buku JV on the road to the championship game.

The OCBLL is a competitive, fast paced and fun league designed for players and teams to compete and develop their skills for the upcoming spring high school and winter youth seasons. This league plays with true box lacrosse rules including a 30-second shot clock for nonstop action!

The OCBLL is the only league officially sanctioned by the United States Box Lacrosse Association (USBOXLA) which provides a common structure and governance for nationwide youth box lacrosse league, tournaments and travel teams.This will also increase player safety as officiating and rule enforcement will be the same across the board.