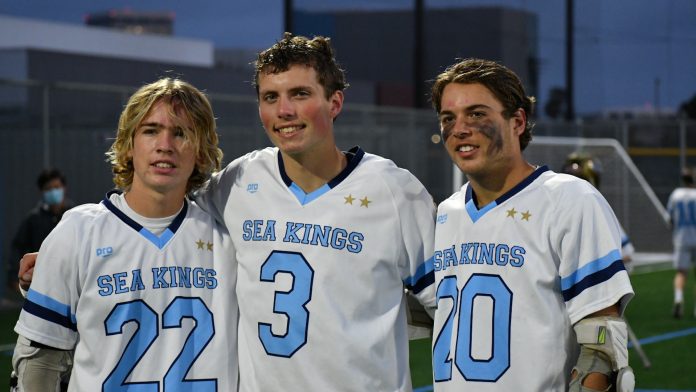 The Corona del Mar boys lacrosse earned their third win of the season on Wednesday by defeating Trabuco Hills 18-3. The Sea Kings jumped out to an early 4-0 lead and never looked back. Sophomore Gavin Gossen and junior Sam Thompson got the Sea Kings rolling early with three quick goals and senior goalie Wyatt Rieden (6 saves) held the Mustangs to only two goals in the first half. Tyler Brown (6 ground balls) and Chase Habermehl (2 ground balls) led the defensive effort that held the Mustangs to only nine shots on goal.

Up next for CDM is a 6:00pm home game against Santa Margarita on Friday. Trabuco plays El Toro on Saturday.