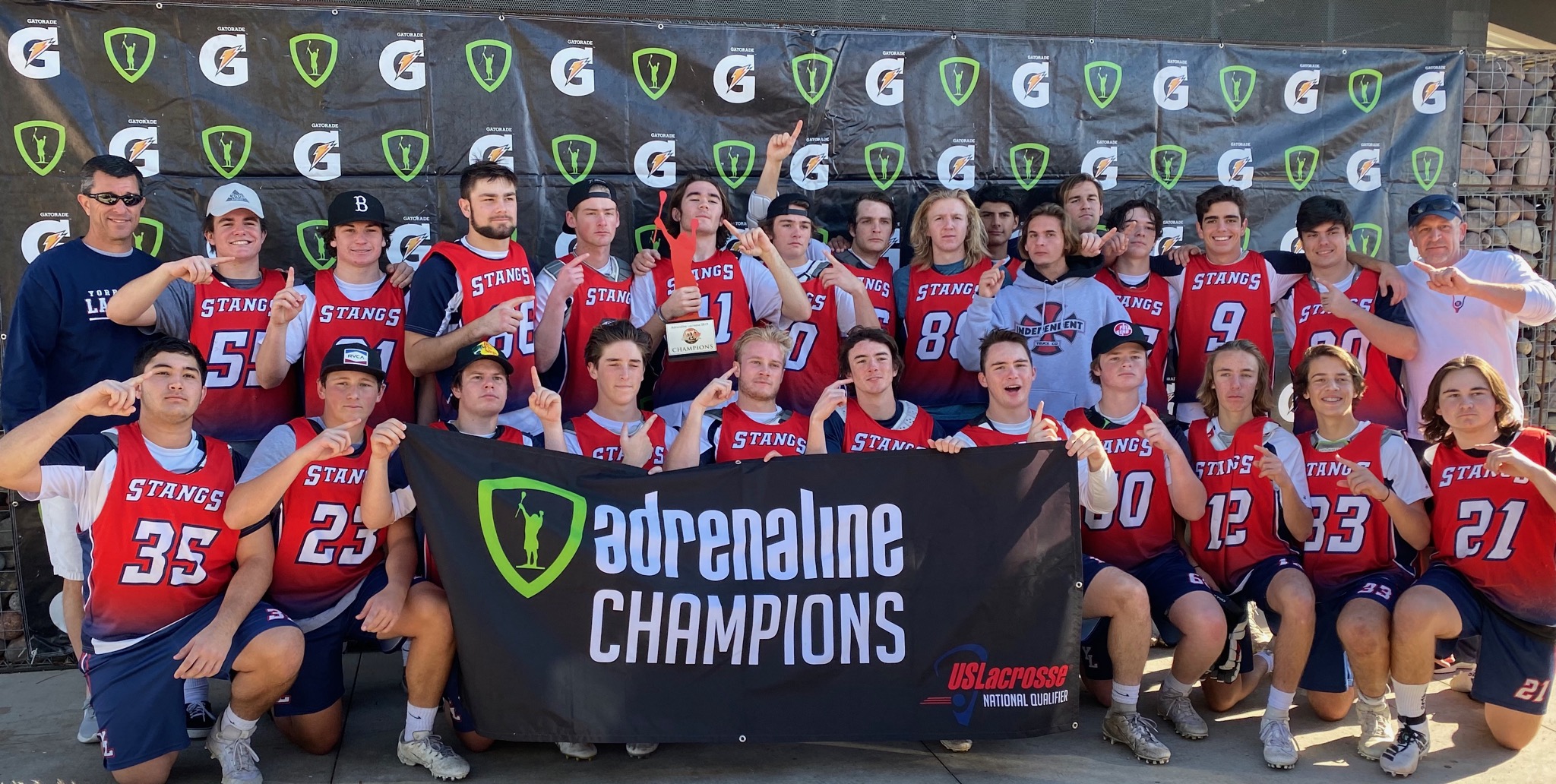 Yorba Linda Stangs won the 20/21 division at the Adrenaline Sin City Showdown in Vegas this weekend.  In the final vs LA Mavs club it was Brock Melanson’s goal in OT that was the game winner for Coach Mike Schreiber‘s bunch.

Stangs club isn’t an all star team, it’s basically the Yorba Linda High School team which makes the win more impressive.  Yorba plays events as a team similar to Servite, Foothill and Corona del Mar.  These are some of the programs that take great pride in playing together year round vs club all star teams.

Ryan Henry went 90% on faceoffs, and had 3 goals and 2 assists. He’s committed to play at D1 power UMass, he’s right up at the top of OC as far as game changers. He had big year in 2019 and in 2020 he’s got a shot to dominate some games.  Jason Bohlinger was excellent in goal.  He mostly likely a top two in OC for 2020 in goal.

The dee was straight up nasty in the tourney. In 5 games they gave up 12 goals, 6 of those in the final. That’s baller.  Trent Walker, Kyle Hunt, Nolan Henry, Trevor Krause, Luke Coffman and Nicolai Oherko led the way.

This squad has looked sharp all fall and winter so far.  Shot to take all the CIF marbles in the spring….

Devin is a former 3X All-American at Hobart College. He offers defensive training and recruiting consulting through LockdownD.com.