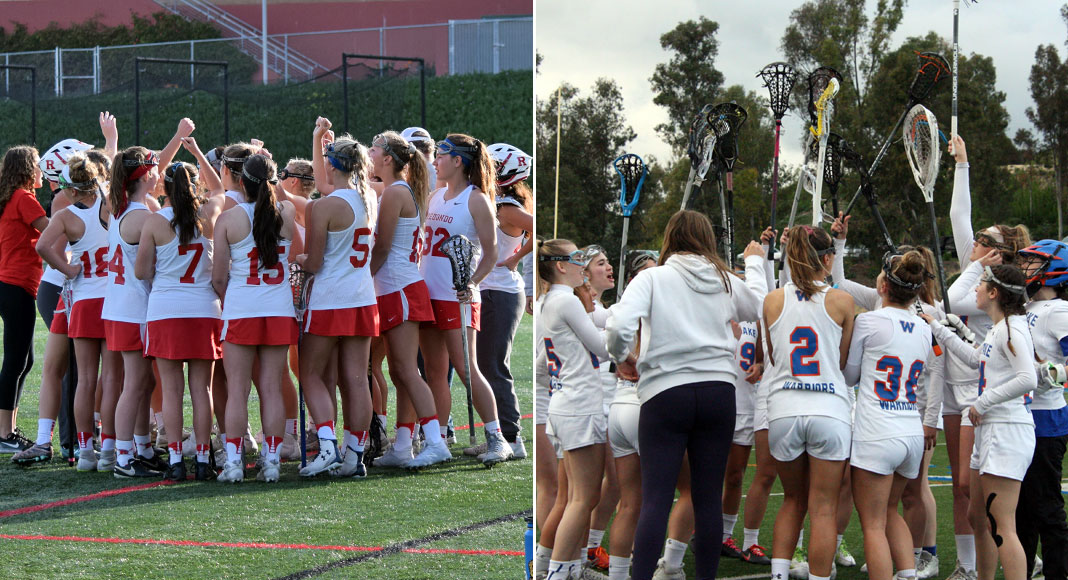 The two top-ranked girls lacrosse teams in the MaxLaxLA coaches poll each wrapped up their regular-season schedules Friday with lopsided victories, setting the stage for Sunday’s playoff bracket announcement that could see these squads on opposite sides and on a collision course.

The three-time defending champion Sea Hawks (14-2), who beat El Segundo 22-4 on Friday, have faced six of the current Top 10 teams this season. Westlake (15-1) has faced five Top 10 teams. But No. 1 Redondo and No. 2 Westlake have not faced each other.

The Sea Hawks raced out to an 8-0 lead and extended it to 15-2 by halftime Friday, peppering host El Segundo with two signature Redondo scoring runs in the first half. In all, four Sea Hawks recorded at least six points in the game.

The initial 8-0 burst was fueled by three goals from Addy Bass, two each from Jordan Davis and Brooke Tokushige and one from Mackenzie Smith. After an El Segundo goal, Bass and Caroline Brand scored for Redondo to make it 10-2.

Redondo’s defense held El Segundo (6-6-1) scoreless for the rest of the half while the offense went on another run, getting goals from Davis, Bass and Tokushige before Marianna Gamet scored the final two of the half for a 15-2 lead. The Sea Hawks opened the second half with a six-goal run.

The visiting Westlake defense held No. 22 Thousand Oaks to three goals in each half Friday, cruising to a 20-6 victory behind strong play at the draw and a defense that produced 12 caused turnovers.

Kailee Follette took every draw for the Warriors and won 19 of 26, giving her team plenty of possession time. When Westlake lost possession, the Warriors often took it right back. Shelby Tilton caused seven turnovers, Julia Dinerman had three and Kaila Millan, Follette and attackers Delaney Waggoner and Tate Moyer each had one.

All of the offensive possession kept pressure off Westlake goalie Rachel Blanton, who made four saves.