Jones and Souza are the Boys Lacrosse Players of the Week 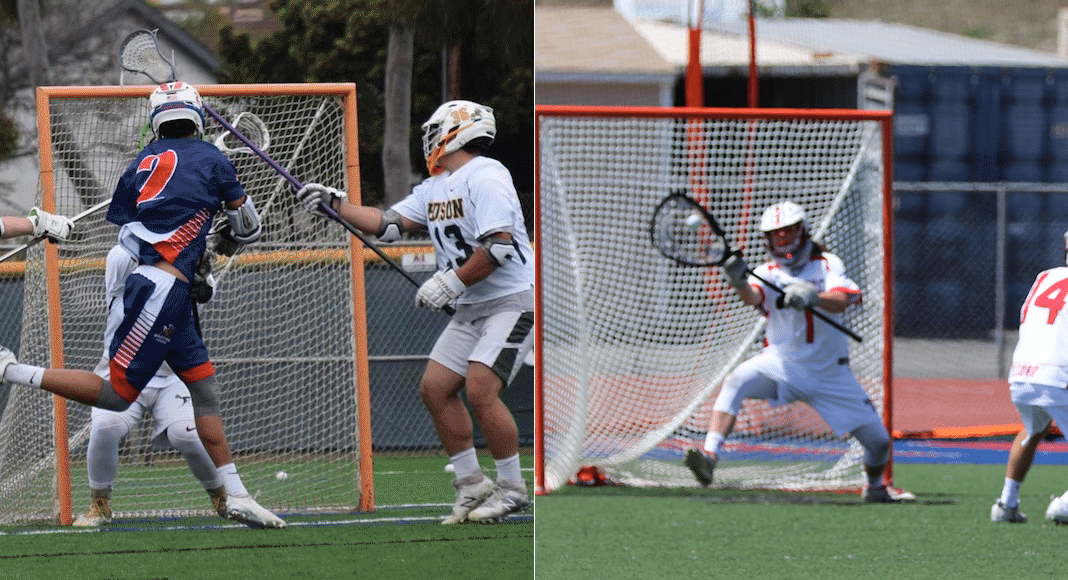 Souza frustrated San Clemente with 16 saves on Saturday to lead his 2018 classmates to their first-ever win over the Tritons.

Los Alamitos was white-hot last week with three wins thanks in no small part to Jones who went off for two half-dozens and a full dozen.  He had six points (2 goals, 4 assists) in games against Marina and Huntington Beach, and then topped that off with a 12-point (5g, 7a) explosion against Murrieta Mesa on Saturday.