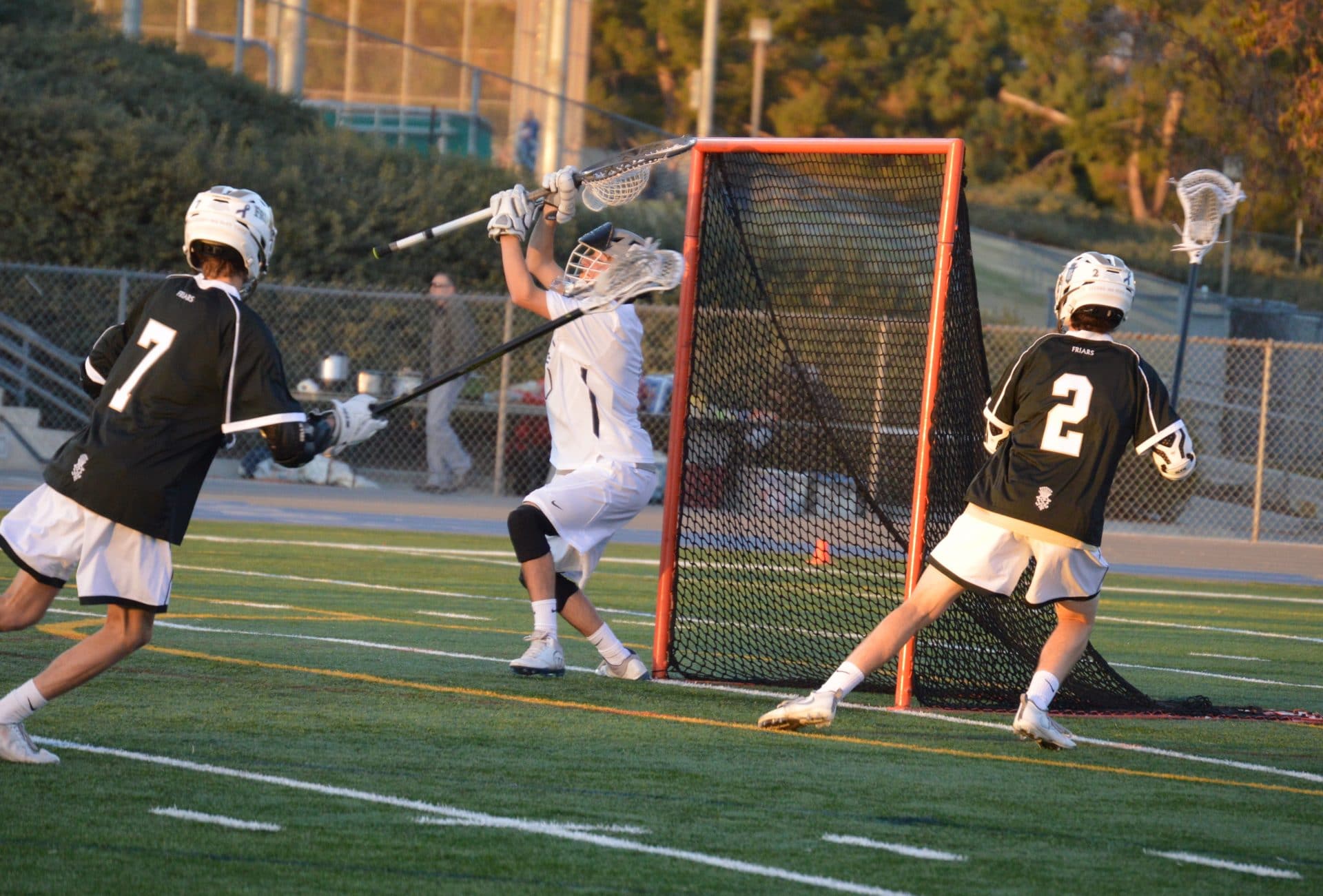 The 9th ranked Trabuco Hills Mustangs opened their 2018 season on Thursday night with a game against Trinity League power and 7th ranked Servite Friars (1-1). The Friars totally dominated time of possession in the first quarter with the Mustangs only generating three short offensive possessions. Servite attackmen Jack Terrones scored a behind the back goal near the conclusion of the first quarter to give the Friars a 2-1 lead.

Trabuco Hills goaltender Chris Demarco kept things close for the Mustangs with two saves in the quarter and 10 for the night. Demarco’s night was highlighted by a beautiful save on a time and room shot from Utah commit Hayden Rodenbeck from 12 yards out.

Trabuco Hills’ versatility and athleticism at midfield were on full display all night. The trio of AJ Switzer (1 goal, 2 assists), Tyler Payne (3 goals, 1 assist) and Holden Evans (3 assists) helped steady the Mustangs’ offense and assisted the defense with consistent rides and clears. The night was somewhat of a coming out party for Mustangs senior LSM Andy Alvarez whose stick skills, speed and versatility were on full display. Alvarez logged heavy minutes on the defensive end, filled in at the faceoff X and had a highlight reel worthy sequence with a yard sale check and a toe drag move that was reminiscent of former Mustang and current Towson University LSM Scott Barger.

The contest was back and forth all night with the Mustangs holding an 8-6 advantage until they went on a run while dominating time of possession to put the game out of reach at 12-8. The Trabuco Hills attack line of Jared Friesen (5 goals, 1 assist), Jason Kauo (1 goal, 1 assist) and Jake Wathen (2 goals) contributed heavily on the stat line and pressured Servite’s stout defensive unit all night with their rides.

Servite found the back of the net with 2 seconds left in the game off of a Mustang turnover for a final score of 12-9.

“We have a ton of respect for Coach O’Leary and his exceptional defense. It was great to see our guys pull through in such a hard-fought physical game,” said Trabuco Hills coach Eric Bassett.

The Friars return to action at home on Saturday for a game against CDM while the Mustangs host Beckman on Monday.