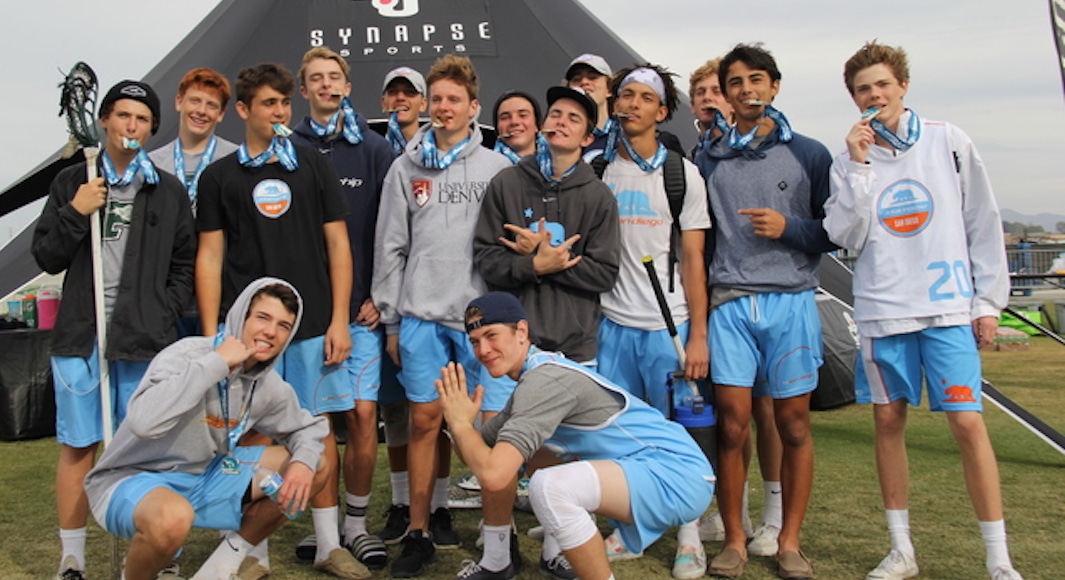 The 2019s started slowly, falling to the the LA Mavs HS Elite team in their first match up on Saturday. The loss to the Mavs seemed to serve as a wakeup call, as 3d battled its way to the championship game by outscoring opponents 51-20 in bracket play over the next 4 games.

The championship game brought 3d San Diego 2019 the chance to avenge their earlier loss to the Mavs. In the sixth game in two days for both teams, 3d San Diego 2019 was led by Nick Whittall (Murrieta Mesa) and Carson Spooner (Tesoro) on the attack, while midfielders Leo Pimentel (Westview), Eli Butler (Poway) and Elek Vrklan (Carlsbad) did a great job putting heat on the Mavericks from the midfield. Goalie’s Jason Borromeo (Del Norte) and Josh Rose (LCC) along with defenders Nate Ryan (La Jolla) and Lucas Adams (Del Norte) held the Mavericks Elite team to five goals in the game to help get 3d San Diego 2019’s win the championship game 6-5. 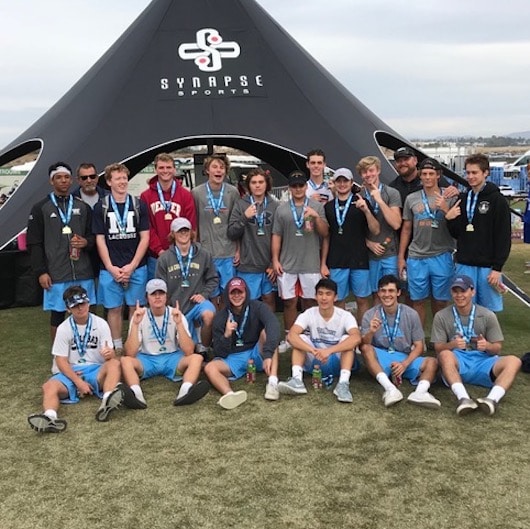 3d San Diego 2020’s (pictured at top of page) picked up right where they left off this summer with a strong showing at the Surf Storm tournament in Oceanside. The team started tournament play bright and early on Saturday but by no means were these guys sleeping with a 13-1 win over the LA Cobras in their first game. They would go on to finish Day 1 undefeated; with wins over 3d San Diego 2021 (12-4) and Mission Trails (20-0).

The offense continued to work together and spread the ball on Day 2, making quick work of Mad Dog LA (13-1) and the LA Mavericks (18-1) with 12 different players scoring goals.

It was an all 3d affair in the championship game pitting the 3d San Diego 2020s against their 2021s. The 2020s came out on top of this sibling rivalry with an 11-4 victory. Both teams’ training was evident in the way they communicated on defense, pushed the ball up field in transition and capitalized on methodical offensive possessions with highlight reel type plays that kept the crowd on their feet.