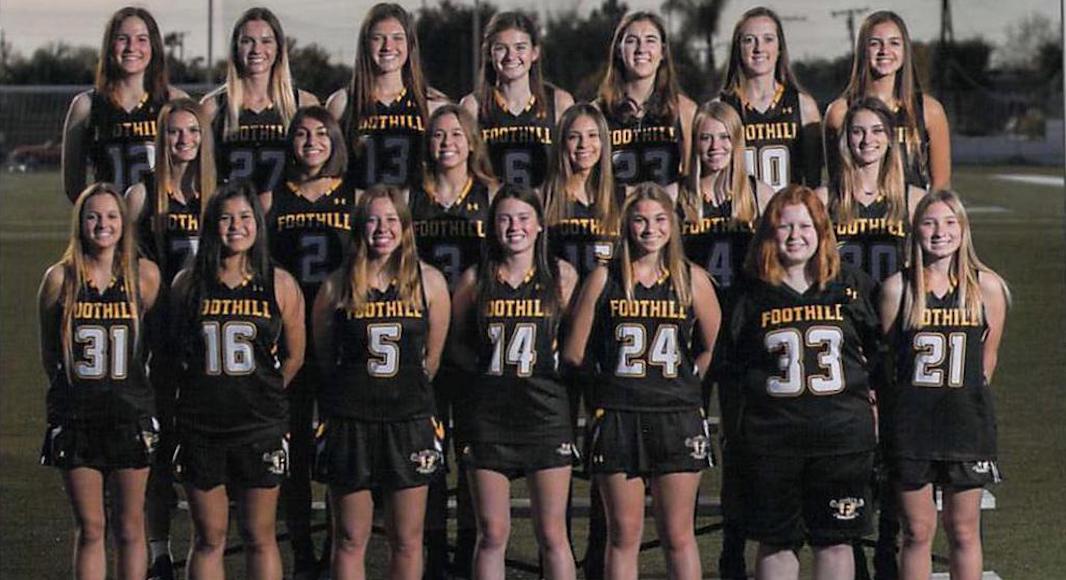 Having been there three consecutive years, the Foothill girls’ lacrosse team has grown accustomed to reaching the Orange County championship game. However, the Knights have not advanced beyond that game since they won the Section Championship in 2015.

The Knights return eight starters, two captains, and one Fetus in 2018. Will that be enough for the second Section championship in program history? Head coach Kate Hick provides these Things to Know about the 2018 Foothill girls’ lacrosse team.

We have 8 returning starters and some exciting players from the bench who are going to be real contributors this year as starters.

This is actually my least favorite nickname of all time, but unfortunately, not only does our team call her this, but others in the county.  Lauren Kilger, or Fetus, has held that nickname since she made Varsity since her freshman year.  It was bestowed upon her because she was the lone freshman and our “baby.”  I pray, this nickname will have a quick death when she graduates and doesn’t follow her to San Diego State.

This year Cristina Johnson, or CJ, has joined our coaching staff and will be handling our defense.  CJ brings an incredible passion for coaching and a great lacrosse background.  Originally from Maryland, CJ played four years at Regis University, in Denver, Colorado, and after graduation remained at Regis as a graduate assistant.  After three years of being a graduate assistant, CJ was hired to start and build a new program at Johnson and Wales University, also in Denver, Colorado.  Now, in Orange County to pursue her masters in education, we are so lucky to have her at Foothill.

We have 2 captains returning from last year.  One is Ava Brand, a two-year starting midfield junior.  She is the type of leader who doesn’t just lead with words but is one of the toughest and hardest players we have.  The other captain, is our senior Vanessa Topete, a 2-year starting defender.  Vanessa is the heart of our defense and an absolute lacrosse prodigy who just picked up the game as a freshman.