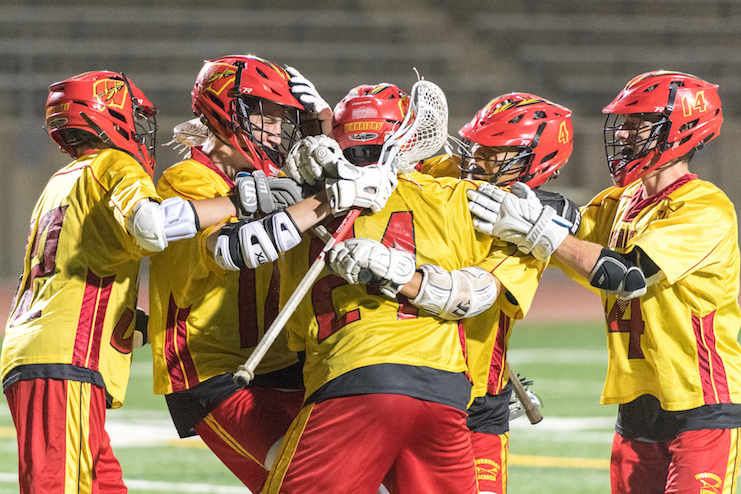 A great team effort for the Woodbridge Warriors at home on Wednesday night defeating rival Northwood 17-13.  With the win, Woodbridge moved into a tie with Northwood for second place in the Pacific Coast League.  Both teams are two games behind Beckman and are still in the hunt for the PCL title with one week left to play.

Woodbridge struck first and kept the intensity up all game to finish strong. Parker Haw scored a team-high six goals while keeper James Nakano shut the door with 16 saves.