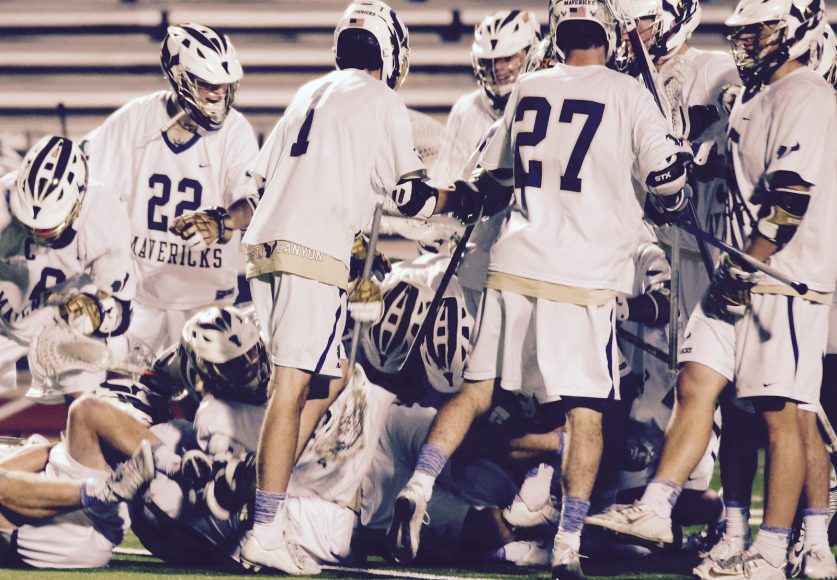 The Falcons got the scoring going first when Brendan Egan (Bucknell) ran onto the field and hit Josh Sherman (Ohio Weslyan) with a pass on the crease where Sherman found the back of the net to give the visitors a 1-0 lead. After a Torrey Pines foul, Jake McLean (Towson) took a pass from Michael Rice to take advantage of the man-up opportunity. Falcons responded when Marc Lefferdink scored an unassisted goal to give Torrey Pines a 2-1 lead at the end of the 1st quarter.

Second quarter started off the same as the first quarter as Brendan Egan (Bucknell) once again found Josh Sherman (Ohio Weslyan) alone on the crease for a goal. La Costa Canyon responded when Jack Kagan fired a rocket from 20 yards to close the gap to 3-2. Once again the duo of Egan and Sherman teamed up for another goal as Egan fired a pass from behind the goal to Sherman to make the halftime score 4-2 Torrey Pines.

Torrey Pines began the second half with Spencer Small took a pass from behind the goal to give the Falcons a 5-3 lead. La Costa Canyon responded by scoring 6 unanswered goals to close out the half. In started when Andrew Beacham (Towson) scored a goal from the left side of the net as he was running past the goal. That goal was followed by a goal by Connor Rafferty with an assist from Michael Rice. The next LCC goal was scored by Jack Keen who took the ball from behind the net and scored as he was falling away from the goal. After a Torrey Pines penalty, Garrett deLeon took a shot on goal that was blocked by Torrey Pines goalie, Max McGuire (Fairfield) who deflect the ball back to DeLeon who put the shot away. LCC was not finished yet. LCC scored two more goals by Parker MacLean and Jake McLean (Towson) to end the third quarter with La Costa Canyon leading 8-5.

The Mavericks defense was outstanding all night, especially in the second half. Crew Taylor, Daniel Verga and Pierce Maczko (Cleveland State) harrassed the Torrey Pines offense all night. Mavericks goalie Ryan Winn was outstanding in the net for the Mavericks. Torrey Pines goalie Max McGuire (Fairfield) had 10 saves on the night. The win clinches the Avocado league championship for La Costa Canyon.

The Mavericks next game in on April 20th against Carlsbad with a big game against Orange County powerhouse Foothill-Santa Ana on April 23.

The Falcons next game is on Tuesday night, April 19th at Carlsbad. Torrey Pines then takes on the Loyola Cubs from Los Angeles on Saturday, April 23 at 6:00 pm at Ed Burke Field