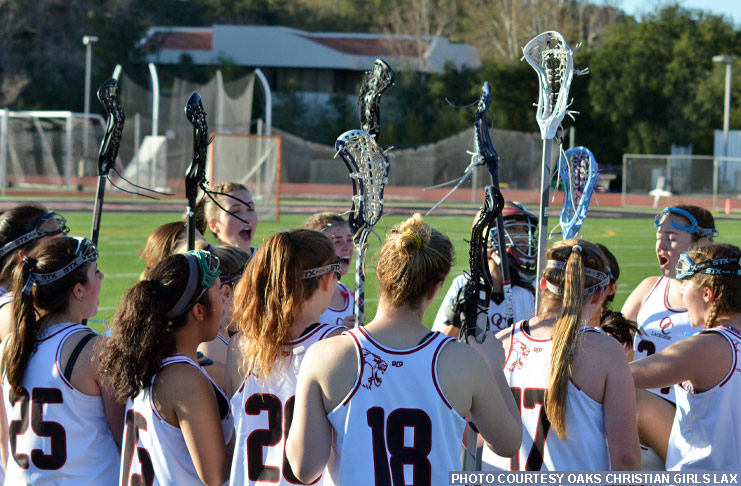 The Oaks Christian girls lacrosse team, ranked No. 20 in the preseason coaches poll and playing its first game under new head coach Kirstyn Atkinson, opened the season with a 15-4 home victory over Dos Pueblos on Wednesday.

Four players scored multiple points for the Lions, and six players scored in all. Senior Sarah Spaeth led the way with four goals, and sophomore Carolina Herrera and freshman Courtney Vils each had three. Senior Vicki Coscarelli had two goals and an assist, and junior Cami Bartlett had one goal and one assist. Seniors Tatum Shore and Morgan Davies each scored once.

The Lions take on No. 14 Crescenta Valley at home Friday at 4 p.m.