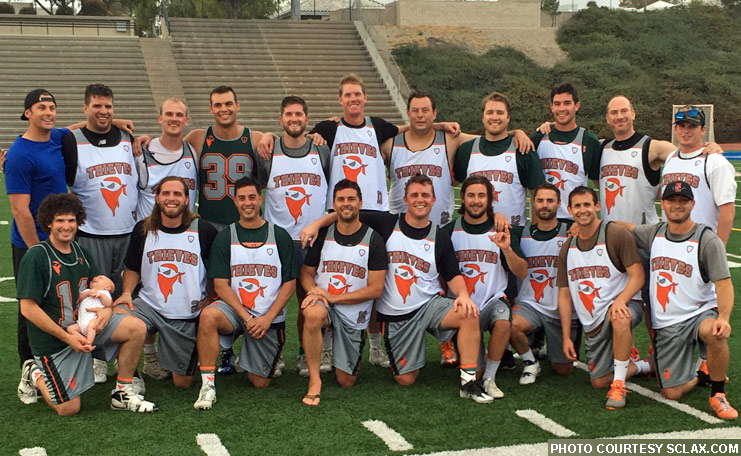 Beverly Hills, which won the SoCal title the last two seasons, suffered only its second loss of the season in the title game.

This year’s title game was close throughout. The Thieves scored first, and the teams traded goals in the first period, which ended with score tied 2-2.

Beverly Hills took its first lead with a man-up goal early in the second, then stretched it to 5-3, but 40 Thieves roared back to pull even at 5-5 going into halftime.

After trading goals throughout the third period, 40 Thieves scored twice in the final 90 seconds of the quarter and carried a 10-8 advantage into the final frame. Beverly Hills scored early in the fourth to make it a one-goal game, but the Thieves tacked on two more while their keeper closed the door on six Beverly Hills shots.

Information and photo provided by SCLAX.com.