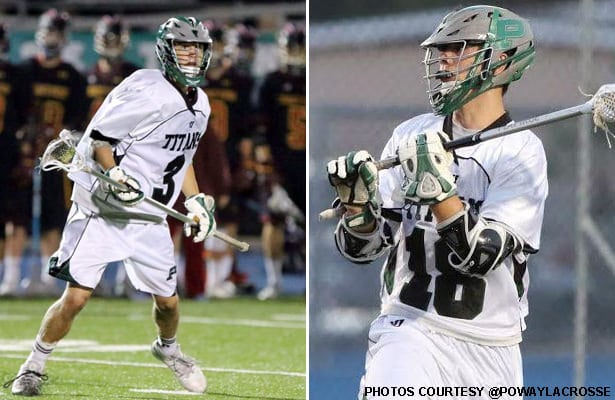 “This is a great day, and we are extremely happy for our student athletes,” Burke said in a news release. “It takes a lot for players to commit to playing lacrosse in college when coming from San Diego. It takes a lot of training on the field, hard work in the weight room and traveling all over the country. All of these young men need to be celebrated. What they have accomplished is very special, and I am proud of all of them.”

Below is a list of the 11 seniors from 3d Lacrosse who have committed to playing lacrosse in college:

Zane Abbott, Poway, F/O, Southwestern University (Texas), NCAA D-III: The two-sport athlete (football and lacrosse) is a strong and athletic faceoff specialist. An inside linebacker in football, he uses his strength and strong core to dominate the faceoff X.

Brad Belasco, Poway, midfield, Westminster College, NCAA D-II: Belasco lives in the weight room and has become a handfull to handle when dodging to the goal. Being left-handed, strong and skilled, Belasco demands defenses to double team him.

Jake Butler, Poway, goalie, Arcadia University (Pa.), NCAA D-III: At 6-foot-2 and 250 pounds, Butler makes it tough for shooters to find the back of the net. His quickness is uncanny for a man of his size. Had a standout year in 2015 to help the Poway Titans win the CIF Championship.

Duncan Copeland, Rancho Bernardo, midfield, Ohio Wesleyan, NCAA D-III: A first-team All-Palomar League midfielder, Copeland is a serious threat when dodging to the goal. After recording more than 60 points in his junior year, Copeland will lead the charge for the Broncos for 2016.

Jake Fiske, Poway, LSM, Bryant University, NCAA D-I: The 2015 CIF player of the year put up 40 points and had 140 ground balls as a junior to help lead the Titans to the championship. Fiske is like no other player. When the ball is in his stick, something special could happen at any time. Expect an explosive senior season from Fiske in 2016.

Steve Ganelin, Carlsbad, midfield, Dickinson, NCAA D-III: The big, strong, athletic midfielder will be a great fit at Dickinson. His size, speed and shooting accuracy is hard to deal with at any level. Ganelin will lead the charge for Carlsbad this spring.

Hans Gieschen, Westview, defense, Westminster, NCAA D-II: A three-year varsity player at Westview, Gieschen will cover the opponents’ No. 1 attacker for the Wolverines this year. With good speed and a great stick, Gieschen will be a force on the defensive side for Westview.

Zach Hodge, Poway, midfield, Cleveland State, NCAA D-I: Hodge, a three-year starter at midfield for the Titans, is extremely dangerous with the ball in his stick. With a combination of toughness, speed and outstanding skill, Hodge might just be the most dangerous midfielder in San Diego County this spring.

Bailey McLaughlin, Poway, defense, Colorado Mesa, NAA D-II: Skill is not always found at the defensive end, but when the ball is in McLaughlin’s stick, he is making things happen. A great one-on-one defender, McLaughlin loves to press out and make his attackman uncomfortable. Look for McLaughlin to be a standout defender this spring for the Titans.

Jake McLean, La Costa Canyon, midfield, Towson University, NCAA D-I: An old-school, two-way midfielder, McLean can beat his man with his left or right hand at any time. He demands the double team from the defense and can stay on the field and play defense, as well. When Jake is on the field, good things happen for his team. His skill should translate well to the D-I level.

Hoby Teets, San Marcos, midfield, Westminster, NCAA D-II: Standing 6-foot-3, 190,, the football wide receiver is very athletic. The size and speed that Teets bring to the lacrosse field makes him a tough matchup for any defense. If he gets the ball in his stick in transition, his team usually scores.