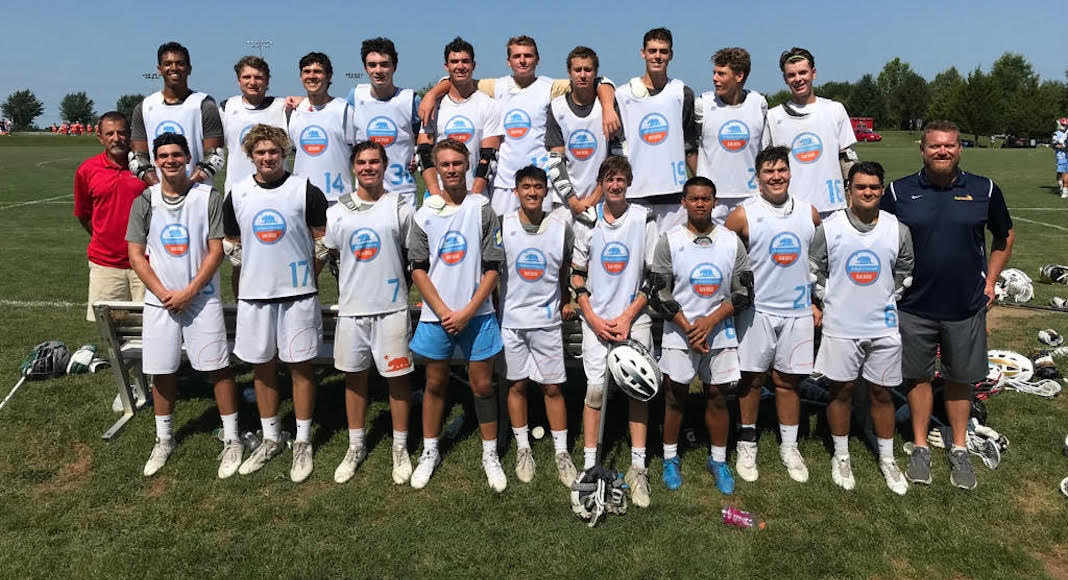 The 3D Select San Diego 2019 Boys Program achieved a historic milestone for any 3D program in Southern California this past weekend.  On Sunday, the 2019’s became the first program to bring home a championship medal in a major East Coast tournament when they won the FLG in 3D Tournament in Boyds, Maryland.

3D San Diego finished with the only perfect record in the  2019 division at 4-0, and beat strong teams from Long Island (N.Y.), Oregon, the Midwestern states, and Minnesota.  Their 4-0 tournament run also bested other perennial championship-caliber programs like Upstate (N.Y.) FCA and 3D New England.

The win capped off a sensational summer for the 2019s, as they also won the local Riptide tournament in Del Mar; and finished with a very strong 3-2 record in the national Naptown tournament in Annapolis, which features the very best lacrosse players and teams in the nation each summer.  The San Diego team lost their two games in Annapolis by a total of 4 points, including a close loss to quarterfinalist Duke’s Lacrosse of Pennsylvania.

3D San Diego Coaches Zack Burke and Mike Mathai have been with this team since its formation six years ago, and while some players have come and gone, the team has featured a strong core of players that have become true teammates despite spending their spring seasons playing for different high schools.

“I’m proud of what these boys have earned by staying together and working hard,” said Burke, who leads the 3D Program’s Southern California sector.  “Unlike many programs that recruit from all over the country, we bring the majority of our kids in from the local San Diego area and allow them to grow and learn to play the game together the right way.  Our success has come from practicing good lacrosse fundamentals, playing tons of box and competing together for many years.”

Indeed, 19 of the 21 talented players on the 2019 team hail from high schools in and around San Diego, including Carlsbad, Del Norte, Great Oak, La Costa Canyon, Murrietta Mesa, Poway, San Marcos, Santiago, Tesoro, and Westview.  The 3D Select program and their high school experiences have given the entire 2019 roster (below) the tools to play at the collegiate level if interested, with at least four of the players already committed to play at the NCAA Division I level, and others likely to follow in the coming months.

Many of the 2019 players will likely gather in the winter to play one final time together in local tournaments before heading into their spring seasons as senior leaders of their high school teams.

For information on the San Diego 3D Lacrosse Program, visit their website at www.3dlacrosse.com/select/san-diego or email zburke@3dlacrosse.com.