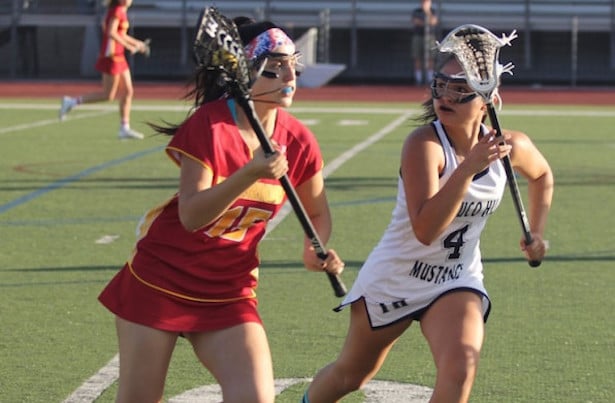 Hennessey Evans opened the scoring for the Mustangs, followed quickly by a Kendall Derbyshire score. The two alternated goals again as the Mustangs quickly built a four-point lead. Soon, others joined in the fun as Juliet Mooney, Gabi Bitting, Shannon Smith, and Kristen Rosenberg all netted first-half goals, giving the home squad a 14-2 halftime lead.

In the second half, the Warriors tried to close the gap, doubling its first half output with four goals. But Trabuco proved to be too strong, adding eight goals of its own. Mooney led all scorers with seven goals and Evans added five more for the home team.

The Mustang defense had another strong outing, led by Ashley Bell’s rock-solid goaltending. Audie Shutler led the team in ground balls (5) and takeaways (3) as the defense hounded Woodbridge on each possession.

Next up: The Mustangs open South Coast League play Thursday when they travel to San Clemente.