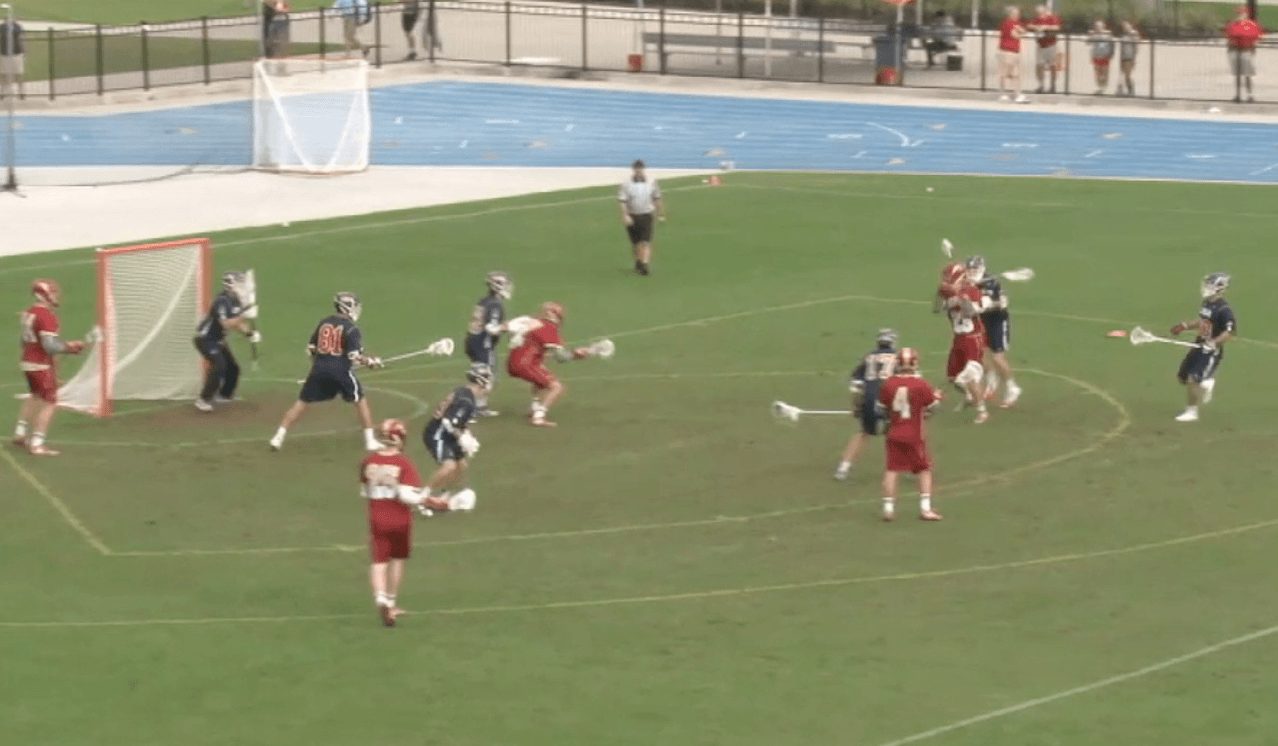 Foothill High School’s Nate Marano and St. Margaret’s alum Ryan Harnisch, now both freshmen at the University of Denver, debuted with the Pioneers on Sunday as the defending NCAA champions took on Team USA for the national team’s Spring Premiere game at IMG Academy in Bradenton, Florida. There were also some familiar faces on the other sideline as JSerra’s new coaches Brendan Fowler and Tom Schrieber and former Corona del Mar Coach Jeremy Sieverts suited up in the red, white, and blue.

Following the Denver-USA game, a U19 exhibition was held pitting the junior USA team against the U19 Canadian squad. That game featured another Orange County-native in Notre Dame freshman Hugh Crance, currently a freshman for the Notre Dame Fighting Irish. Crance started at close defense for the U.S. in a game that ended in overtime with Canada taking a 14-13 victory.

Marano started the game at attack for Denver, playing almost the entire game, including man-up situations. He scored two second half-goals, the first on a beautiful question mark dodge off a restart.

The second goal showcased Marano’s strength and size as he fought for a ground ball and muscled his way by the Team USA defender to get top side for a shot.

Marano was the only multi-goal scorer for Denver, who managed only six goals while Team USA dominated possession en route to 22 of their own tallies.

Ryan Harnisch, the face-off man, who dominated the X throughout his high school career, did not see as much playing time as Marano with Denver’s more experienced face-off specialist taking most of the draws. However, the experience of playing against the best face-off players in the world – Team USA’s Greg Gurenlian (fresh off an MVP campaign in professional Major League Lacrosse) and Fowler (formerly of Duke) – is an opportunity that will surely not be forgotten soon by Harnisch.