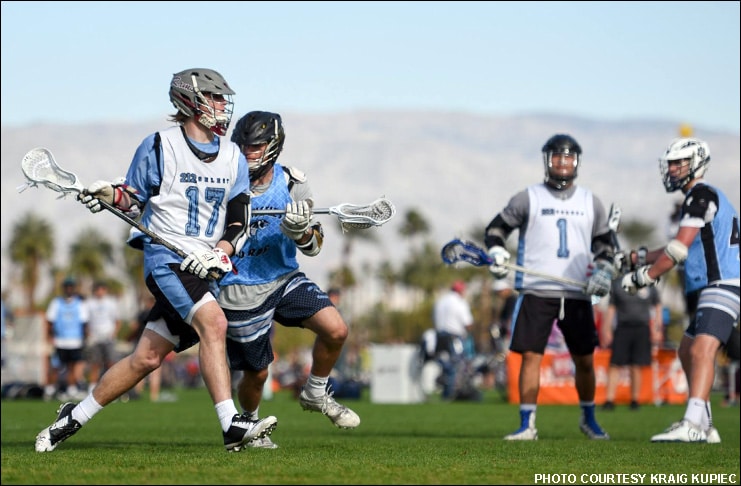 All three squads won their groups during Sand Storm Elite pool play, with RC Burgers 17 taking Group A at 4-0-1 and 212 Select and Cobras each going 5-0 to win Groups B and C, respectively.

The 212 Select roster also included IMG Academy attack Tehoka Nanticoke, who played for the Iroquois Nationals in the U19 World Championships last summer and is committed to Albany.

RC Burgers 17 Silver, which tied 6-6 in its opening game Saturday against Fog City V out of San Francisco, outscored its opponents 50-26 in six games. The Burgers’ roster featured too many college commits to list, among them elite juniors Isaiah Dawson (Bishop’s/Harvard), Zach Friedland (Torrey Pines/Georgetown), Evan Egan (Torrey Pines/North Carolina) and Spencer Grant (Torrey Pines/Michigan). All four are listed among the Top 100 in the Class of 2018 by Recruiting Rundown.

Special thanks to Kraig Kupiec of Lacrosse Photos on Facebook for the photo.