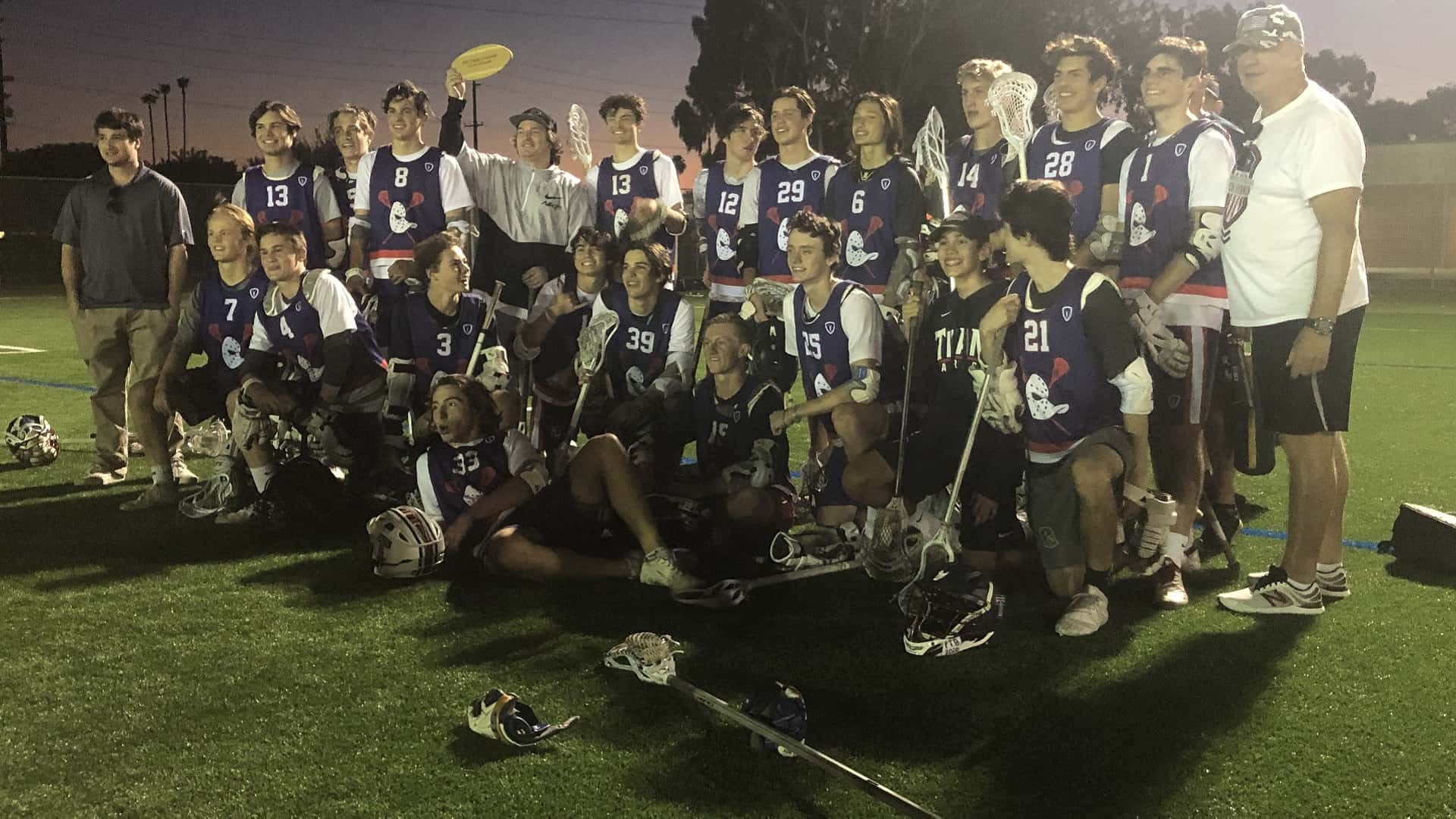 Goalie Jackson Brady let in just eight goals in four games to lead the OC Ducks (pictured above) to the Varsity championship at the fourth annual Charger Invitational on Saturday at Edison High School.

“Everybody had moments of greatness today, but for Jackson, it wasn’t an exception, it was his rule. He was outstanding in the goal today,” OC Ducks/Tesoro coach Scott Grubert said.

The Ducks wasted no time in asserting their authority against Leverage in the championship match.  They jumped out to a 6-0 lead before Leverage finally broke the shutout at the 9:11 mark.  Neither team scored for the rest of the game to reach the final 6-1 tally.

“We went through a long offseason and it’s nice to win four games in one day. We’re happy about that,” Grubert said. “We only have two seniors on our team, we have six juniors and the rest are sophomores. We have a very young team.”

In the semifinals, OC Ducks outlasted a tough West Ranch team 6-4.  After trailing 4-3 early in the second half, the Ducks scored the final three goals of the game to pull away.

“We tightened it up on defense and really came up with the ground balls. We changed from shooting low to shooting high and we scored a couple at the end there,” Grubert said.

OC Ducks started out the tournament beating a determined Norco team 8-3. The Titans and the Cougars were tied at halftime 3-3, but the Titans’ defense rose to the occasion in the second half and shutout the opposition. After the win over Norco, OC Ducks resgistered an 18-0 win over El Modena.

“They’re starting to realize that it’s a fun-one day tournament. I think it’s the best in Orange County for a one day thing and everyone gets to play a great deal of lacrosse. It’s a good time,” Edison coach and tournament director Dieter Nemes said.

The JV division of the Charger Invitational saw Leverage took the JV Division championship 6-1 after defeating MLK 6-1 in the final game.  The Leverage defense gave up only two goals in their three games.  They defeated Millikan 10-0 and Edison 10-1 in pool play.