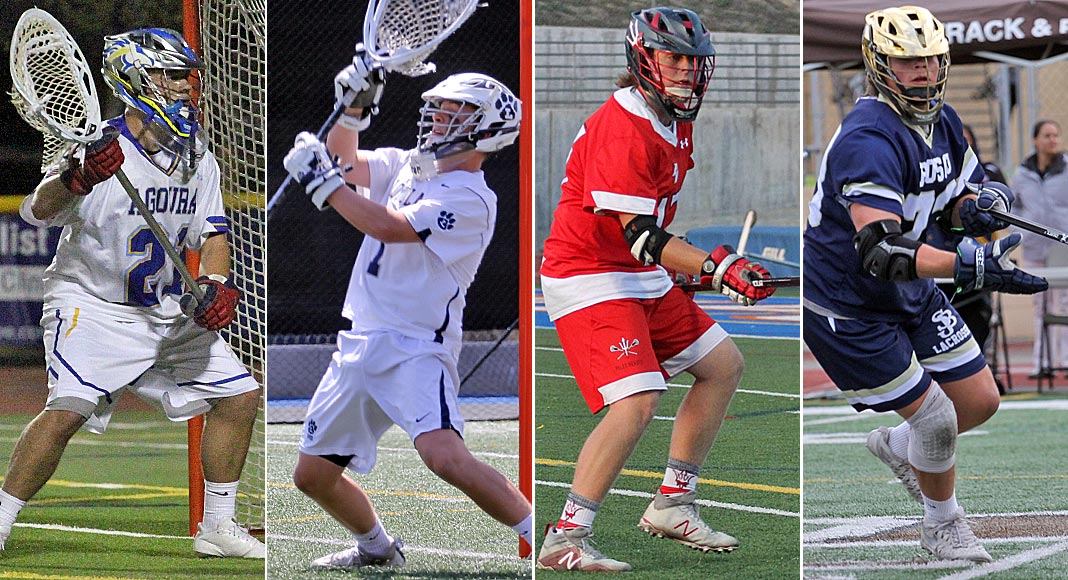 The senior specialists on our list of 2019 Players to Watch in LA lacrosse has a remarkably strong group of goalies, highlighted by a couple of returning US Lacrosse All-Americans.

Here is a look at some of the top senior specialists in the LA area, compiled from 2018 all-area and all-league lists, nominations from coaches and the past few seasons of paying close attention to area lacrosse:

As a sophomore in 2017, Tripp earned second-team All-Marmonte League in only his first season in cage. With a year of development under his belt, he became the Marmonte League MVP, earned first-team All-Area honors and was named a US Lacrosse All-American. In the offseason, he committed to continue his career at NCAA Division I Utah.

Parducci bided his time as a freshman and sophomore behind three-time All-American Joe Theuer. When he got his opportunity last spring, he picked up right where Theuer left off. Parducci was named first-team All-Mission League, All-Area Defensive POY and US Lacrosse All-American, leading the Cubs to their third consecutive Southern Section title. We will play at D-III Babson next year.

One of the most dominant face-off middies in the area, Myers has been a force for the Braves since they moved up from club to CIF play. He earned first-team All-Area last spring and is committed to D-I Dartmouth. “Mitch is one of the top face-off specialists in the country but also a fantastic do-it-all player for us at Bosco.” – Bosco coach Chris Jewett.

Last year we featured Randall as a player to watch at the defensive end, and he very well might spend a lot of time down low. But the first-team All-Bay League and second-team All-Area selection also plays the wing on face-offs for the Sea Kings and has the ability to cover middies and get out and run in transition.