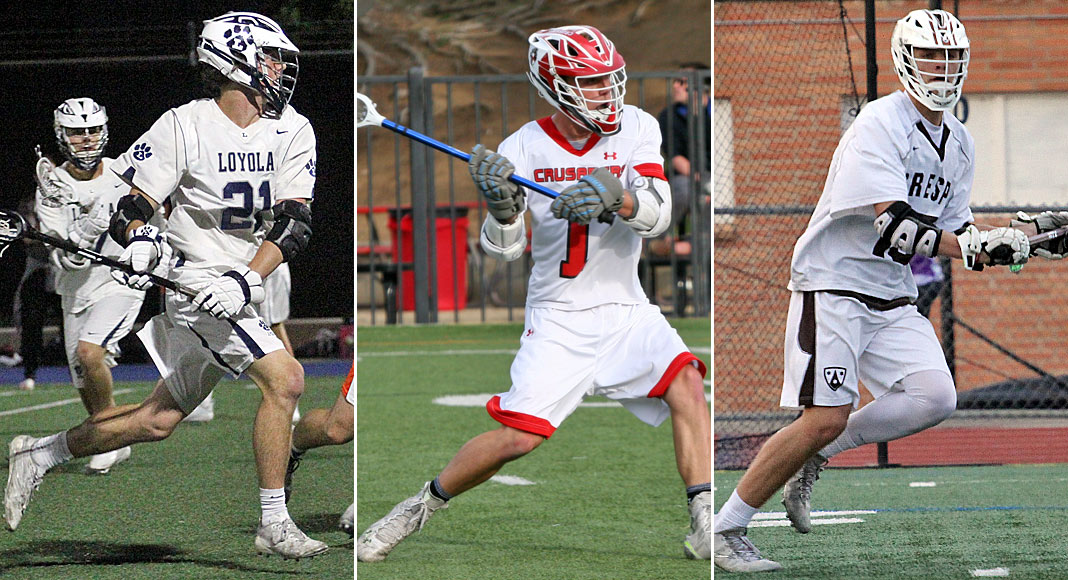 Our look at players to watch in 2019 moves to the midfield, where there are so many seniors worth watching this season it was difficult to narrow it down.

The list includes a player who missed all of last season with a knee injury in Max Manyak of No. 6 Oak Park and a player who does a lot, not just a little bit, of everything for his squad in Owen Larson of No. 5 Chaminade. But we’re featuring three players whose accomplishments and accolades stand out.

Here is a look at some of the top senior midfielders in the LA area, compiled from 2018 all-area and all-league lists, nominations from coaches and the past few seasons of paying close attention to area lacrosse:

In his first season as a full-time varsity player after returning to Loyola after a season at Palos Verdes, Fry scored 37 goals and helped the Cubs win their third consecutive US Lacrosse Southern Section championship. He earned first-team All-Mission League, first-team All-Area and US Lacrosse All-American honors.

A scoring machine for the Crusaders, Konjoyan has amassed 274 points in three seasons, including 96 points (79g, 17a) last season, leading Village into the championship playoff bracket. He was named first-team All-Area and US Lacrosse Academic All-American last season, as well as earning his third consecutive team MVP award.

After leading the Celts with 79 points (62g, 17a) and 73 ground balls, Soelberg was named Mission League Player of the Year, first-team All-Area and US Lacrosse All-American. He has totaled 152 points (123g, 29a) in 40 varsity games for Crespi. After a stellar offseason, the longtime Maryland commit switched in December when the opportunity arose to play at Yale next year.