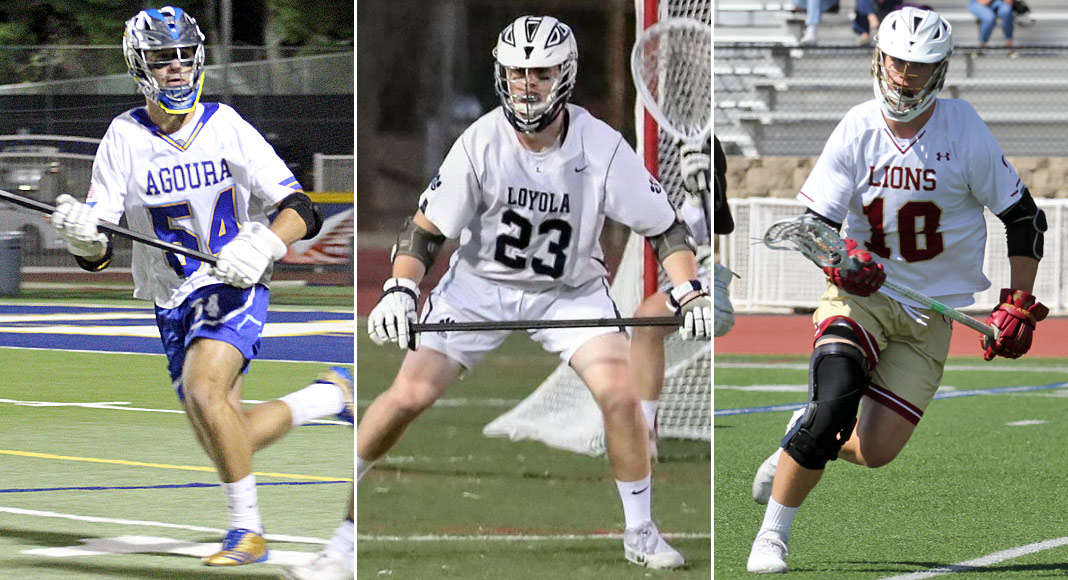 Holding down the back end of our senior 2019 Players to Watch are a handful of players who have been fixtures at the defensive end for perennial Top 10 programs.

In fact, it would have been easy to feature as seniors the same three we featured as juniors — Will Kupiec of Loyola, Donovan Econn of Harvard Westlake and Neill Randall of Palos Verdes. All still are deserving of recognition and worth watching, of course, but we decided to highlight some new faces.

Here is a look at some of the top senior defenders in the LA area, compiled from 2018 all-area and all-league lists, nominations from coaches and the past few seasons of paying close attention to area lacrosse:

After playing behind a strong group of long-pole defenders his first two seasons at Loyola, Hawkins broke out as a first-year starter last season, earning second-team All-Mission League honors as the Cubs won their third consecutive Southern Section title. He recently committed to Trinity College.

A force at defensive midfield for the past few seasons, it’s hard to ignore Lenthall when he’s on the field. It was hard for us to ignore him, as well, so we added the first-team All-Marmonte pick to our list of senior defenders to watch. It’s the first time we’ve featured a short-stick defensive midfielder on this list.