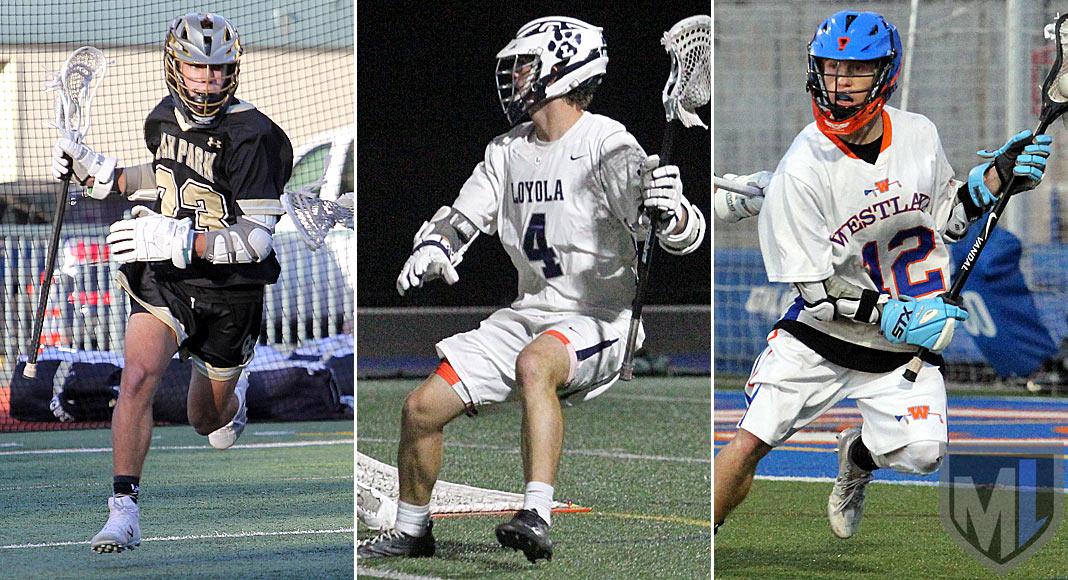 For the fifth season in a row, MaxLax is compiling and publishing lists of players to watch at each position and in each class. Today, we look at a long list of senior attacks, many of whom we’ve been watching for a couple of years now.

In fact, all three of the attackmen that we featured last year as juniors — Tyler Bradbury of Oak Park, Mac MacLean of Sierra Canyon and Lukas Roscoe of El Segundo — still easily could be on this list as seniors, as could many, many others. We elected to feature Bradbury a second time but also made room for two other players coming off stellar 2018 seasons.

Here is a look at some of the top senior attackmen in the LA area, compiled from 2018 all-area and all-league lists, nominations from coaches and the past few seasons of paying close attention to area lacrosse:

Last spring, Bradbury scored 76 points (43g, 33a) in leading the Eagles’ offense. That brings his career total to 206 points (119g, 87a) in three seasons. The Utah signee is a two-time US Lacrosse All-American, first-team all-area and will play this summer in the Under Armour All-American Game. He was Oak Park’s offensive MVP as a sophomore and the team’s overall MVP last year.

“Tyler is a complete attackman,” Oak Park coach Tarik Ergin said. “Fully ambidextrous, he can QB an offense, he can dodge for his own shot, so dangerous off ball, a great finisher, an excellent feeder, and a ferocious rider. The best change-of-direction dodger we have ever had at Oak Park. He will have (barring injury) all the career OP scoring records by the end of the season. The frosting on the cake? He is humble, selfless and extremely coachable. He works as hard as any high school player I have ever seen. If trades were possible, I wouldn’t even consider an offer.”

After playing his freshman year at Loyola and sophomore year at Palos Verdes, Fry returned to the Cubs and settled in nicely on the attack line. He scored 43 goals and had 18 assists, earning first-team All-Mission League and first-team All-Area honors. Down the stretch in the playoffs, he scored six goals and recorded four assists, including two and two in the Section title-game win over St. Margaret’a. Fry has committed to play at Trinity next year.

After missing much of his sophomore season in 2017, Reilly came back last spring and made up for lost time. He scored 104 points on a 53 goals and a team-leading 51 assists for the high-scoring Warriors. The performance earned him first-team All-Marmonte League and first-team All-Area as Westlake went 14-6 and earned the No. 8 seed in the playoff tournament. In 40 career varsity games, Reilly has scored 65 goals and handed out 72 assists.