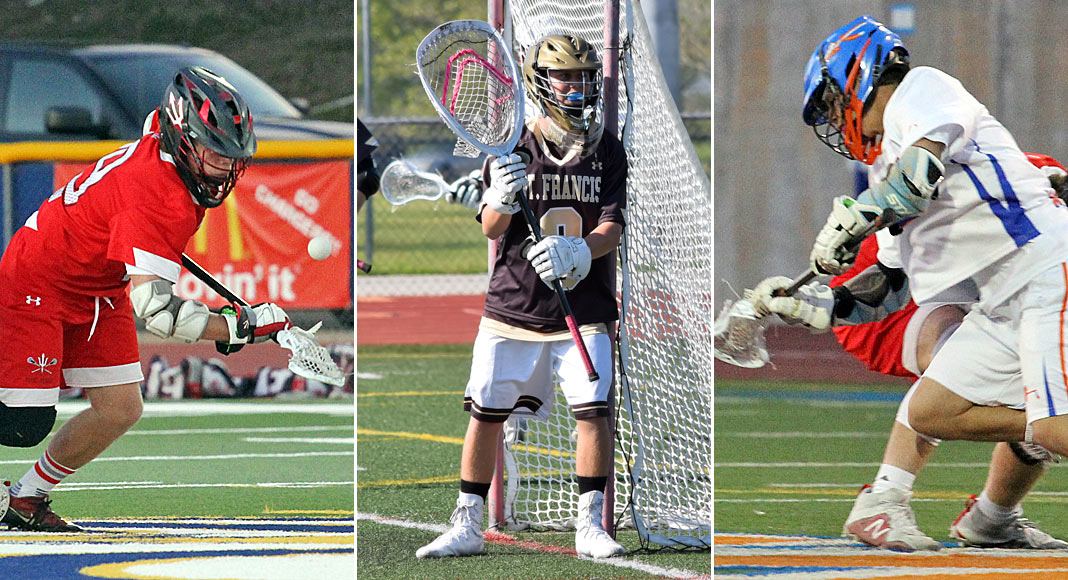 Our look at junior specialists in our 2019 Players to Watch series is heavy on face-off middies, with at least five deserving of acknowledgement as ones to watch. We selected two of those five to feature, along with a goalie backstopping a team hoping to grow under its second-year coach.

Here is a look at some of the top junior specialists in the LA area, compiled from 2018 all-area and all-league lists, nominations from coaches and the past few seasons of paying close attention to area lacrosse:

Clinton earned second-team All-Bay League honors while splitting time with senior Colin Fitt, who went on to play at Christopher Newport University. In limited action, Clinton won 75 percent of his draws (135 of 180). In the offseason, he committed to continue his career after high school at NCAA D-I Sacred Heart.

As a sophomore, Baker earned second-team league honors in a league that matched him up against the likes of Top 10 teams Loyola, Harvard Westlake, Chaminade and Crespi. Entering last season, Coach Jared Little said Baker has “quick hands, [is] great in the cage and outside of it.”

Martin won 65 percent of his face-offs for the Warriors last season (303 of 463) and helped fuel the high-octane offense that scored more than 15 goals on 10 separate occasions. Martin earned second-team All-Marmonte League honors for his performance.