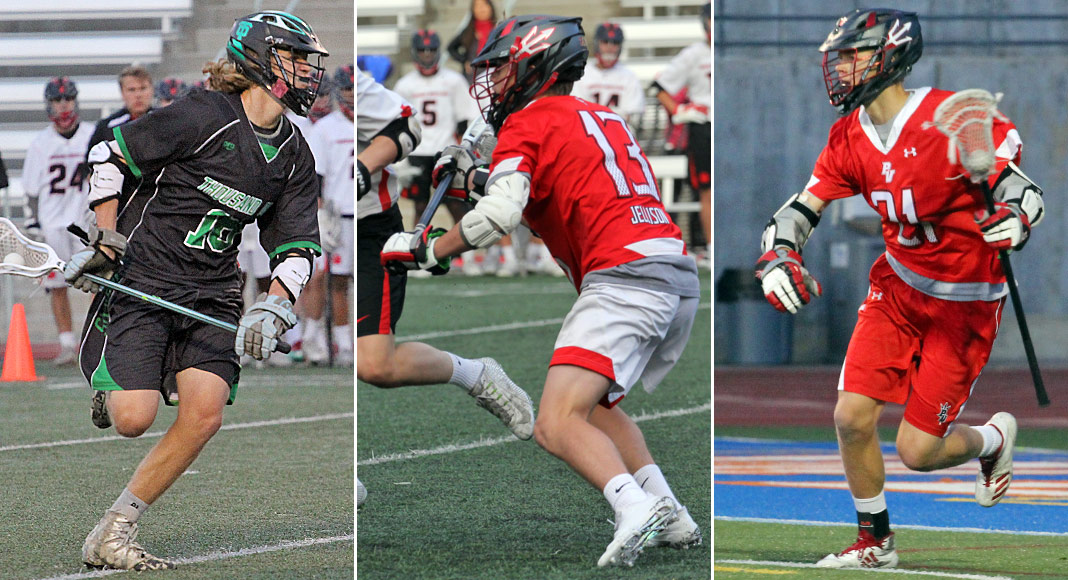 Our look at 2019 Players to Watch in the LA-area junior class moves to the midfield and features a couple of players who played complementary roles for their teams as sophomores but are poised for bigger things.

Here is a look at some of the top junior midfielders in the LA area, compiled from 2018 all-area and all-league lists, nominations from coaches and the past few seasons of paying close attention to area lacrosse:

Ditto played both midfield and attack last season alongside senior stars Nick Riggio and Drew Conlon — and, later in the season, Spencer Whinery and Andrew Berg — but he made enough of an impact to earn second-team All-Marmonte League recognition. With all but Berg graduated, Ditto will play a larger role for the Lancers.

A utility midfielder as a sophomore, Jellison played both offensive and defensive middie for the Sea Kings, earning second-team All-Bay League honors. With first-team all-league selections Beau Sabosky and Jake Nolls graduated, Jellison is well positioned to make up for their absence.

Swan bounced between attack and midfield last season, fitting in wherever the Sea Kings’ rotation needed him. Coach Jimmy Borell said that versatility makes him a perfect fit in the PV offense. It doesn’t hurt that Swan has grown to 6-foot-4 and can move, making him a challenging defensive matchup.