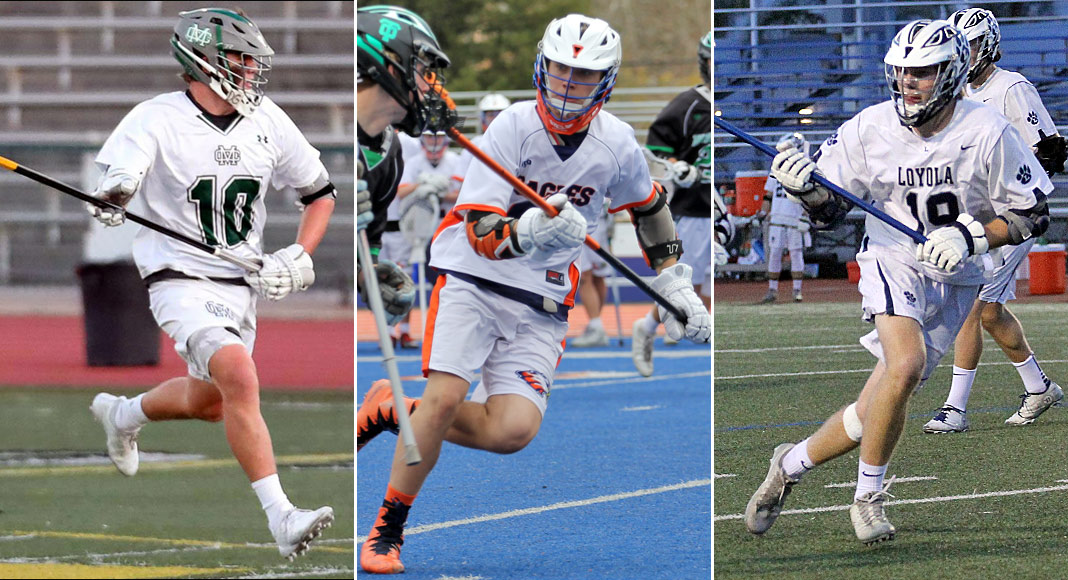 Our list of junior defenders in our 2019 Players to Watch series is focused squarely on the Mission and Bay leagues, with four all-league caliber players and a couple who earned all-area honors as sophomores.

Here is a look at some of the top junior defenders in the LA area, compiled from 2018 all-area and all-league lists, nominations from coaches and the past few seasons of paying close attention to area lacrosse:

A two-year starter for the Mustangs, Garvey collected 92 ground balls and caused 31 turnovers last spring, earning Bay League Defensive POY and first-team All-Area honors. He was second-team All-Bay as a freshman and played for the West in the 2017 Under Armour Underclass tournament. He recently committed to Bryant.

Cloutier collected 49 ground balls and caused 24 turnovers for a defense that allowed only 6.2 goals per game last spring. He was named second-team All-Mission league. “Jake is hungry, motivated and his discipline and game sense make him a nightmare for opposing teams,” Chaminade coach Steve Lane said.

McAusland was a terror on Loyola’s championship defense, which held all but two opponents to single-digit scoring, causing 68 turnovers and collecting 42 ground balls. He earned first-team All-Mission and second-team All-Area honors. Following his freshman year, he earned a spot on the same Under Armour Underclass West roster as Garvey.