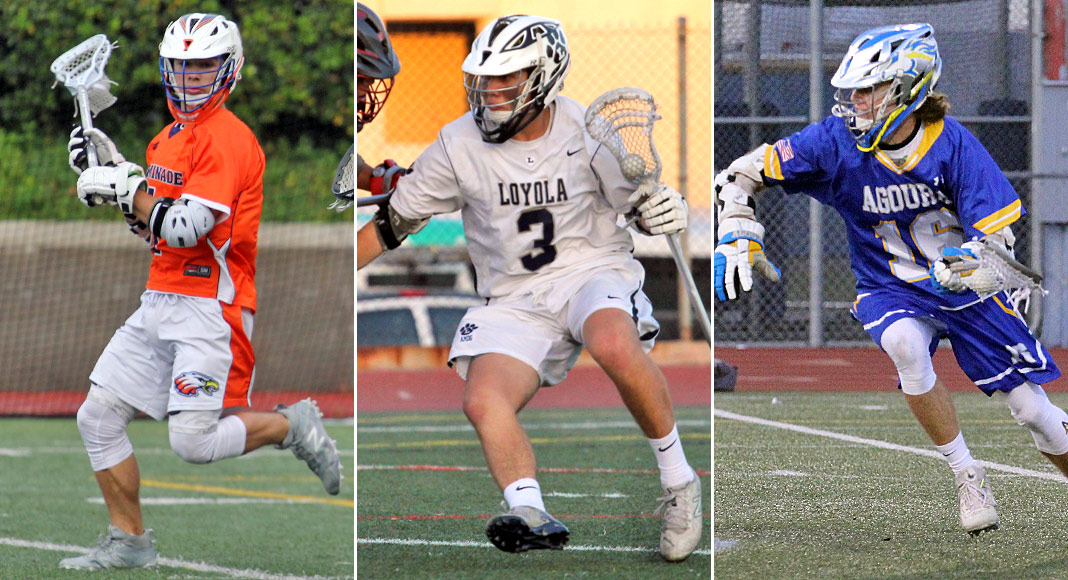 We begin our look at juniors in our 2019 LA Players to Watch series with attackman, featuring three players who made their presence known as freshmen, then broke out in a big way as sophomores.

Here is a look at some of the top junior attacks in the LA area, compiled from 2018 all-area and all-league lists, nominations from coaches and the past few seasons of paying close attention to area lacrosse:

In his first season at Loyola, Horowitz was the only freshman to earn a spot on the varsity. Last year, he broke out with 37 goals and 59 points, both second on the team, as the Cubs won their third consecutive section title. Horowitz was named second-team All-Mission League.

An honorable-mention All-Marmonte League pick as a freshman, McCarthy made an even bigger impact for the Chargers in his second season, scoring 101 points (52g, 49a) and earning first-team all-league and second-team All-Area honors as Agoura reached the LA Championship semifinals for the second season in a row.

After playing goalie for much of the season as a freshman, the speedy Rabushka moved back to his natural position at attack and had a break-out season for the Eagles, earning second-team all-Mission League honors. “Nico got even faster and stronger; he will be very difficult to cover.” — Coach Steve Lane.