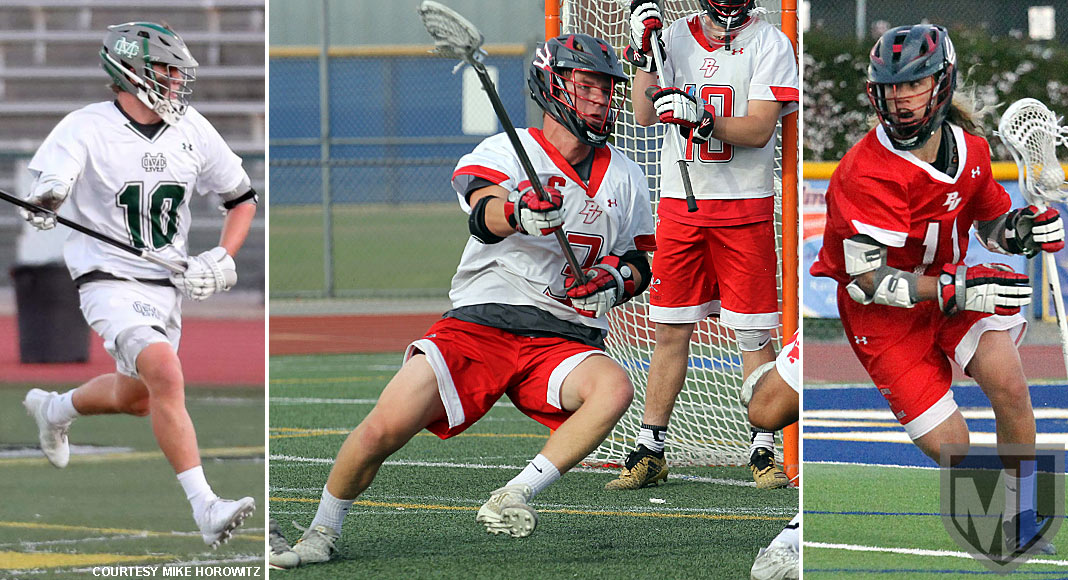 McBride and Sharp led a list of 15 Sea Kings receiving all-league honors in the four-team Bay League. Garvey was one of seven Mustangs honored. Four Redondo Union players and one from Peninsula also received postseason accolades.

McBride, who will play next season at NCAA Division I St. John’s, was “the best player on the best team,” PV coach Jimmy Borell said.

“He pulled the No. 1 attackman or middie every game and continuously shut him down,” Borell said.

Defenders Hart Swan and Neil Randall, LSM Josh Park and goalie Kyle McCann all were named first-team 2018 All-Bay League, joining McBride as honorees from a defense that allowed only 4.8 goals per game all season and only 2.6 in five Bay League games (three regular season and two in the league playoffs).

Redondo Union coach Jesse Cox was named the league’s Coach of the Year after leading the Sea Hawks to a 10-8 record in his third season. Redondo went 2-13 in his first season and 6-11 last season.