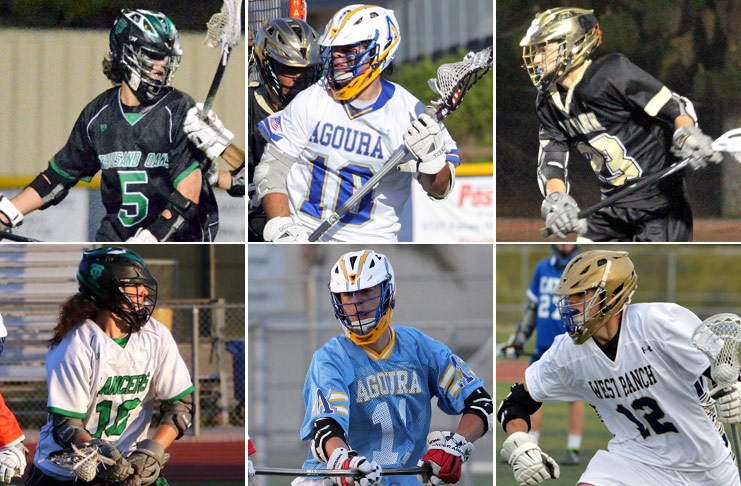 Bradbury, the only underclassman among the six honorees, scored 55 goals and had 41 assists for the Eagles last spring.

The five seniors all are committed to playing lacrosse in college next season, Dutton at Westminster, Asbury at Southwestern, Shargel at Onondaga CC, Dankenbring at Providence and Domic at St. Joseph’s.

Senior defender Parker Nolan of Royal and junior midfielder Justin Lehman of San Marcos earned All-Academic accolades. Agoura’s Sean Lindsay was named Coach of the Year after guiding the Chargers to the LA semifinals, and Oak Park’s Bob Bjerkaas was named Assistant Coach of the Year.

Veteran official Brad Glenn was named US Lacrosse Man of the Year for the Ventura area.

Man of the Year
Brad Glenn