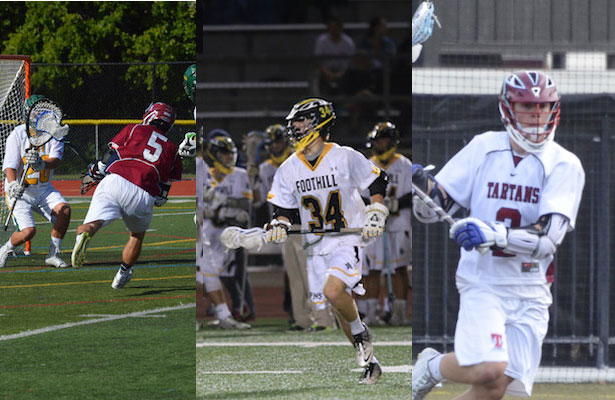 We kick off the pre-season of players to watch with the senior attacks.  The list of top-level senior attacks in the Orange County gets longer every year, making it increasingly difficult to single out the three to feature. This year we selected three returning All-County honorees who are committed to play at top college programs to headline the list.

Samuel Harnisch was one of only three juniors to crack the 2015 First-Team All-County lineup.  Harnisch is a two-sport athlete; he was also captain of the football.  Not one to rest on his laurels, Harnisch spent the summer getting better.  He made it to the semi-finals of the Under Armour All America Games with the West Underclass Team and won the Lake Placid championship with the FCA National Team.  He was also named one of the top 100 seniors in the nation by Recruiting Rundown back in September.  Harnisch will join brother Ryan at Denver in the Fall.

Kevin Kodzis is another member of the Under Armour West Team and the Top 100 Seniors club.  Kodzis started out fast in 2015 and never slowed down.  His 15 points in the first three games of last season earned him West Player of the Week recognition in Lacrosse Magazine .   Kodzis finished the season with 70 points (47 goals, 23 assists) and Second Team All County Honors. Kodzis will play Division 1 lacrosse at Holy Cross.

Shanks has tremendous speed, and is an excellent dodger and finisher who fits perfectly into “the system”.   MVP performances at the Under Armour Uncommitted Game in Baltimore and the Blue Chip 225 All-Star Game helped clinch a commitment to play for Tufts University, the defending Division 3 National Champions, in the Fall.